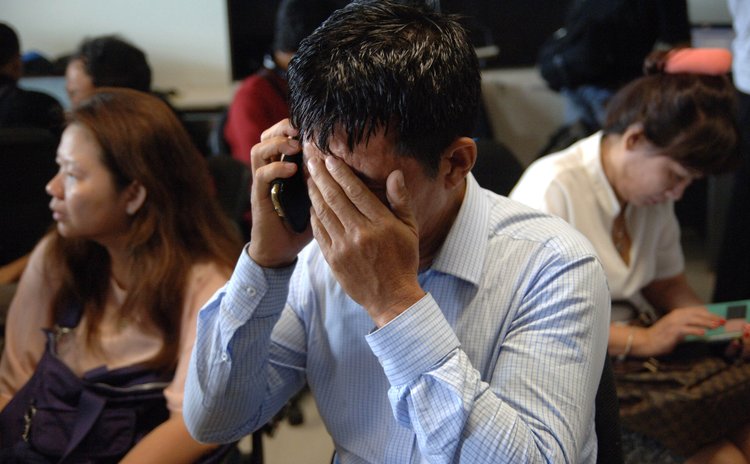 He told a press conference at Surabaya airport that he received reports that an Australian Orion surveillance plane had spotted suspicious objects near Nangka island, 1,120 km from the location where the jetliner lost contact.

However, the vice president said he could not confirm whether the objects were parts of the missing QZ8501 flight.

They "have not been clarified," he said.

"We haven't been able to confirm, however, whether it was the fuel of the AirAsia aircraft," he said.

An Airbus A320-200 of the Malaysia-based AirAsia vanished from the radar screen Sunday morning soon after it took off from Surabaya in Indonesia's East Java province.

The Singapore-bound plane carried 155 passengers and seven crew members, including 16 children and an infant. Foreign nationals aboard the plane were from Singapore, Malaysia, South Korea, France and Britain.

An international search operation to locate the missing plane resumed on Monday in the Java Sea with aircraft from Australia, Malaysia and Singapore joining the sea and aerial hunt.