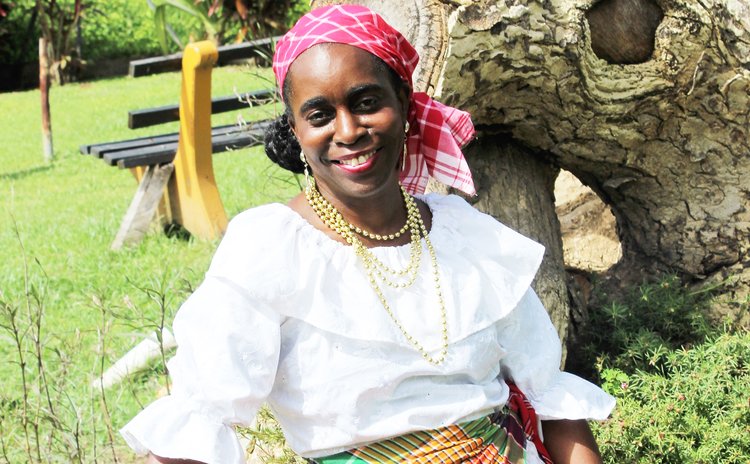 An international collaborative project, geared at promoting and safeguarding the Creole cultural heritage has borne tangible fruits since its launch in Dominica two years ago.

This international project was funded by the Arts and Humanities Research Council (AHRC) networking scheme to the tune of £50,000. The AHRC is one of the top funding agencies for academic research in the United Kingdom.

The Creole Conference held in Dominica in August 2019, formed part of this project which aimed to bring stakeholders together in one space to dialogue about the importance of our intangible Creole heritage and propose a framework for its continued advancement in Dominica and other creole identifying countries.

The project focused on countries with a French-related Creole such as Mauritius, Germany, St. Lucia, Haiti, and Seychelles.

Dominican Dr. Violet Cuffy, a senior lecturer at the University of Bedfordshire in the U.K spoke exclusively to The Sun Newspaper on the achievement of this project during its tenure.

"One of the most significant spin-offs closely aligned with the project objectives of the networking fund was the establishment of an international academic research network launched early in 2021," Dr. Cuffy reported.

Since then the team has had regular monthly network meetings to discuss international research agendas and other collaborative initiatives.

Another notable achievement of this project is "we have been invited to participate in a UNESCO-led international policy dialogue on the future of the Intangible Cultural Heritage (ICH) agenda in Higher Education and Research. "

As a result of this connection established with UNESCO, the team submitted the network's policy position and aim to use the opportunity through the University of Bedfordshire to give voice to the contribution that further work on the intangible creole heritage can offer to the higher education agenda.

The fruits of the team's labour don't stop there.

"We have now signed a contract with Palgrave Macmillan Publishers to produce two edited volumes on "Creole Cultures" which will be released in 2022," Dr. Cuffy said.

Volume One will be titled: "Safeguarding Creole Intangible Cultural Heritage" while volume two is: "Creole Identities and Language Issues".

Reaching the various milestones under this project was not without its challenges.

"Initially this was a 2-year venture," Dr. Cuffy disclosed. "However, due to Hurricane Irma followed by Hurricane Maria, there was a significant delay in the commencement and implementation of the activities."

"We had to make adaptations to the initial set of outcomes and adapt plans with the approval of the AHRC," she said.

The project was rolled out in the UK among the diaspora by the University of Bedfordshire with support from the Waitukubuli Culture & Tourism Initiative and the Office of the Dominica High Commission and other Dominican-based organizations in the United Kingdom. That leg of the project ran smoothly.

However, "much of the delay occurred on the ground here on the island, trying to get the stakeholders motivated in the initial phases."

Regardless of this setback, the team was able to conduct several interviews with stakeholders and practitioners in the Creole world, conduct a youth symposium, and produce two documentaries: one on Creole education and the other on the indigenous Kalinago and their traditions.

Dr. Cuffy is passionate about preserving the French Creole culture of Dominica and other such countries because, as she put it, "the intangible cultural heritage of a people is one of its most significant assets and when that is lost, so too is the essence and soul of a society."

Despite the project has officially come to an end on July 31st, 2021 the plan is to continue building and developing the network. The focus is to continue getting grant funding to further the type of work that was started.

Dr. Cuffy ideally would like to see continuous education and training play a crucial part in stimulating the local populations to adopt the Creole tradition and heritage as something which is living and vibrant; something which would have been passed on to the next generation.