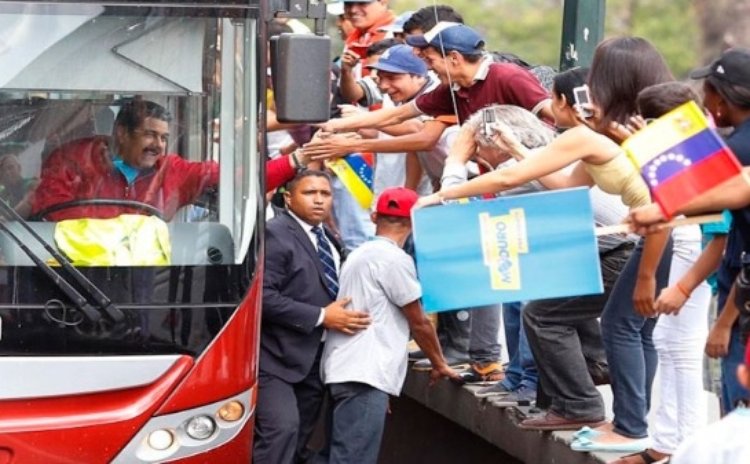 In a massive rally at the presidential palace of Miraflores, the president stressed the international support received from a variety of governments and new economic agreements reached with China, Russia, Qatar and Saudi Arabia.

On the oil issue, he said the United States uses oil extraction by hydraulic fracturing as a geo-political weapon to isolate Russia, Iran and Venezuela.

Maduro emphasized on changes that have already occurred in the global context of the oil market, such as the emergence of new leading actors in the production of this unconventional hydrocarbon.

"The United States and its arrogant imperialist elites who believe they own the world are using and will continue using shale oil to try to twist the direction of the economic life that is emerging in the world today", he added.

A diplomatic push has been made by Venezuela, Russia and Iran for an OPEC oil output cut but it has failed to soften the refusal of the group's Gulf members.

With low oil prices, Caracas faces a tough economic situation that has worsened in the last few days with shortages of basic goods, high prices of products and services, inflation, soaring crime rate and a black-market foreign currency exchange rate around 25 times higher than the official figure.

Venezuela exports about 2.5 million barrels of oil per day, mostly to the United States and China.