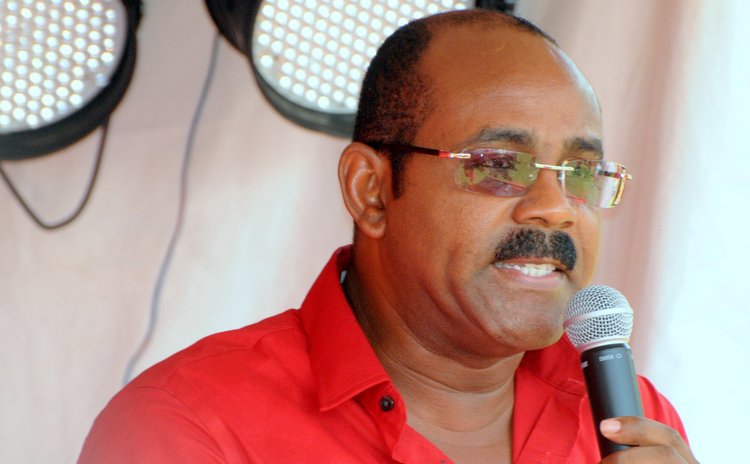 In March 2004, an Arbitration Panel set up by the World Trade Organisation (WTO) found that the US had violated its commitments under the General Agreement on Trade in Services (GATS) to allow cross-border access to its market for internet gaming. The adjudication by a WTO panel that Antigua and Barbuda has been deprived of trade revenues, was upheld three times by Appeal Tribunals.

What now exists is a contention over a satisfactory compensatory proposal from the US that would cause Antigua and Barbuda not to implement the WTO award it has been granted. The award authorises Antigua and Barbuda to sell US copyrighted material without having to pay royalties/fees, up to a value of US$21 million a year until the US offers a proposal, acceptable to Antigua and Barbuda, either to settle the matter or to allow access to its market for internet gaming.

At any time that the Government of Antigua and Barbuda determines that the discussions it has been holding with the US Trade Representative's Office (USTR) are fruitless, it can notify the WTO of its intention to implement the judgement and to market US intellectual property without copyright up to US$21 million a year.

In addition to not compensating Antigua and Barbuda for its significant loss of revenues, jobs and economic growth, the US has collected the sum of US$1,209,312,776.91 (US$1.2billion) in fines, forfeitures and seizures from persons and operators in Antigua and Barbuda up to 2015.

Adding the trade surplus in goods to the sum the US gained from penalties, seizures and fines imposed on internet gaming persons and businesses that operated in Antigua, the US gain over the period of this controversy is US$3 billion.

Over eleven years (2003-2014) of the internet gaming impasse, US aid to Antigua and Barbuda amounted to US$8.5 million or an annual average of seven hundred and seventy-six thousand dollars (US$776,669.00). More than 90% of this money went to military training from the US Department of Defence, primarily for counter drug trafficking. When this sum is deducted from the US trade surplus with Antigua and Barbuda, the US still benefits by US$1.88 billion.

Antigua and Barbuda is asserting a legal right awarded to it by the WTO, the competent legal authority, empowered by 164 nations of the world and recognised by treaty, to provide a legal and institutional framework for the implementation and monitoring of trade agreements (such as the GATS), as well as for settling disputes arising from their interpretation and application.

In pursuing its right, Antigua and Barbuda, as the injured party, is doing nothing more than following the law and respecting the authority of the WTO. If Antigua and Barbuda is forced to implement the award of the WTO, it would be exercising a legal right just as the US has done in relation to many other countries when arbitration decisions have been made in its favour.

What prospects for a settlement?

Antigua and Barbuda remains determined to reach a settlement that rectifies its loss of trade revenues. Every diplomatic effort is being made to show the US that US$21 million a year is the paltry sum of .000001% of its GDP; indeed, the loss to the Antigua and Barbuda economy of U$$217 million from 2007 to now is a mere .0012% of one year of the US GDP – in other words, it is nothing to the US; but it is significant to Antigua and Barbuda.

Discussions with the US government are ongoing. The US wants to withdraw its international commitments under the GATS and to restrict its market for internet gaming to its domestic operators only. But it cannot do so until Antigua and Barbuda agrees; there is no likelihood of such an agreement until a settlement is reached.

The US has been trying to guard its intellectual property from predators, and it would be troubled by Antigua and Barbuda exercising its legal right to sell US copyrighted material without paying fees. Antigua and Barbuda understands and sympathises with the US position. Therefore, if the government decides to implement the WTO award and to market US intellectual property without the payment of copyright fees, it would only be because it is forced to do so by the absence of an acceptable settlement. There is a growing possibility of this happening as the level of frustration rises.

The US utilises the WTO dispute settlement machinery more than any other country; it values the Organisation and expects its decisions to be upheld. Therefore, given that the grave and serious loss to the Antigua and Barbuda economy since 2007 is .0012% of one year of the GDP of the US, it is entirely within the capacity and interest of the US to settle the issue in a mutually satisfactory way.

Equity, fairness and the law would suggest that the US should bring this protracted matter to an end, particularly as it has a vested interest in preserving the standing of WTO decisions. And, as President Barack Obama has pointed out at the United Nations on several occasions right should not be ignored by might.

(Sir Ronald was Antigua and Barbuda's Ambassador to the WTO when the case against the US was first won in 2004. He has been appointed by Prime Minister Gaston Browne and the Cabinet, since August 2016, to lead negotiations with the US on the matter)