Barbadian Hartley Henry continues to have huge influence on politics in Dominica in 2014. He is Prime Minister Roosevelt Skerrit's top adviser and best man 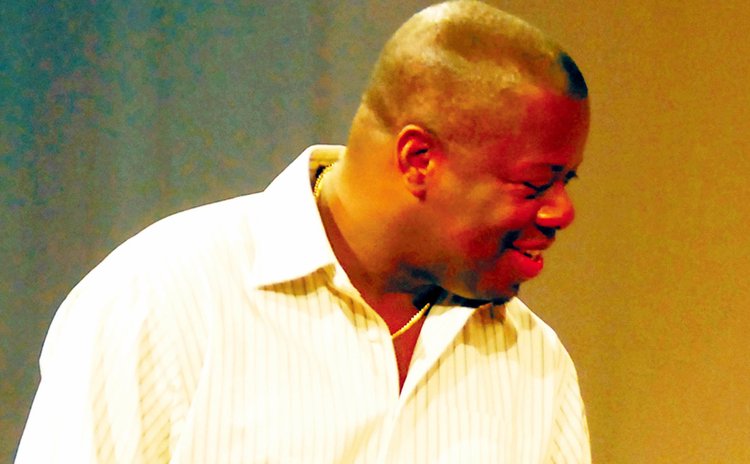 To most Dominicans it remains just a name. There's still no face or feature or form.
For many, he continues to feel like the breeze. His presence is felt, but he's still never seen.

"I still don't know him," one senior journalist told The Sun. "It's like he arrives at the airport and just disappears."

For those continuing to listen, Hartley Henry is still not heard – at least not publicly. He remains mum, mute, silent.

Four and a half years ago, in doing a profile of him, The Sun sought an interview with the Barbadian "kingmaker". Henry's response was terse.

"I've been in this business for 24 years and you haven't seen a piece about (me) and I'm sure you're not going to see one," he responded at the time. That was it. Nothing further. Four and a half years later one person who knows him well tells The Sun there's no sense in trying again.

While he might not be heard or seen, to a country that's again trapped in the unforgiving clutches of an even more bitter election campaign than the last one, Henry looms larger than ever, his presence felt stronger than ever, his influence spread further than ever. He's everything to Prime Minister Roosevelt Skerrit, from top adviser to best man.

Henry has been referred to as the kingmaker, a suggestion that he has the uncanny ability to bring leaders to power through his political influence. Many of those who ride into power on the coattails of the prime minister swear by the Barbadian's abilities.

"He knows his stuff. He's very good," a leading DLP insider told The Sun in 2009.
"If we are to measure his success by winning elections…we can judge by the results of the election," stated another.

Similar sentiments were shared by a leading operative of the St. Kitts & Nevis Labour Party (SKNLP), for which Henry also works. The SKNLP has been in power since 1995 and won the last election which many thought it should have lost.

"He's very, very good," the SKNLP operative told The Sun. "He is a good person when it comes to planning strategy. He is successful."

Yet, despite his close relationship with many a ruling party across the eastern Caribbean, many who have followed him over the years, and many who have watched him even more closely since the 2009 general election, have their doubts. In fact, one person who knows him well wondered aloud if he does anything at all.

"The question is what does he really do? What does he do?" Then as if to answer his own question, this person said: "He is a facilitator."

Other detractors brush aside Henry's perceived successes, saying that he associates with those who would have won with or without him.

"He chucks up victories where changes of government are inevitable or where incumbents are seeking a second term," said one critic in a sentiment that's inconsistent with results in St. Kitts and here.

Independent observers insist there's no magic to what Henry does, no mystery to unravel. "His specific talent is in bringing out crowds," one observer with several decades of experience following elections across the Caribbean, told The Sun back in 2009.

Virtually everyone who spoke to The Sun agreed that Henry's formula involves bringing in "big name" entertainers to attract the crowds and transporting supporters from across the country to every meeting in an effort to give the impression that the entire country is voting for your party.

But that was in 2009. Asked now if Henry's skills had improved since the last election, this observer suggested that this remain a multi-million dollar question.

"It's difficult to say, it's difficult to know when he's to be taken seriously," said this person, adding that Henry's opinion on whether or not his parties will win changes from moment to moment.

Despite the cynicism, eastern Caribbean leaders continue to see value in their relationship with him, as possibly the only one who can win them elections. The Sun asked one observer to explain this.

"If you speak to him you'll understand," this person responded. "He speaks well, he can b**t you for extended periods of time."

This view notwithstanding, this person said, while there may be questions surrounding the Barbadian's loyalty to the other political leaders, there is no doubting his allegiance to Skerrit.

"He's behind Skerrit 100 per cent but the others, it's difficult to say if he's heart is in it."

"He is Skerrit's closest adviser, he is the gatekeeper," a DLP official told The Sun in 2009.

Henry is even closer now, he's the best man, the man who decides who walks through the gate, even though those who enter never notice him. No doubt they know his name, but few can say they know him.