IPO vs the President: the Battle Continues 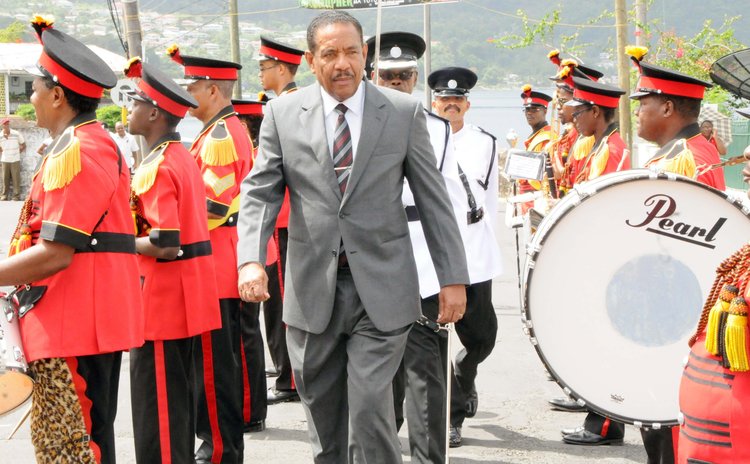 The Integrity in Public Office (IPO) commission is keeping up its battle to earn the right to tell the public that Charles Savarin, in his capacity as a government minister, refused to declare his assets for 2014 as required under the IPO Act.

The commission is taking its case to Dominica's second highest court, the Eastern Caribbean Supreme Court and is prepared to take it as far as the Caribbean Court of Justice, one person familiar with the commissioners' thinking told The Sun.

Several attempts by the commission to publish a notice in the official gazette listing those who failed to comply with the law, including Savarin, were blocked by the cabinet secretary and the attorney general on the grounds that Savarin is protected from prosecution by the constitution as long as he is president of Dominica.

And in a ruling issued on 24 September after the commission sought an administrative order, Justice Bernie Stephenson agreed, concluding that to publish this information would bring the office of the president into disrepute.

The judge also reasoned that to publish Savarin's name in the gazette or to present the DPP with a report for further action "would be flying in the face of the protection" offered by the constitution and would bring the president's office to disrepute. This prompted one legal analyst to complain that the ruling placed Savarin above the law and gave him free rein to do whatever he wanted no matter how heinous, without having to worry about the consequences while he holds the country's highest office.

The commission has also refused to back down and filed an appeal in the registrar general's office on 26 October, seeking to overturn the high court judge's decision.

It's lawyer Kevin J Williams presented eight grounds of appeal, the first of which was that Stephenson "erred in preferring and employing wrongly, a literal as opposed to a purposive interpretative technique" in relation to the provisions of the constitution and the IPO Act, "and thereby led itself into error in considering narrowly that the questions posed by the Appellant concerned the exclusion of the Court's jurisdiction from the so called "starting point" of section 27 of the Constitution, rather than giving meaning to the high statutory functions and powers of the Appellant provided for by Parliament in construing the IPO Act, purposively, as a whole."

The commission also argues that the judge "wholly and wrongly" construed section 27 of the constitution in relation to the facts before it, or that she interpreted Section 27 of the constitution in such a way "as to wrongly declare the President to be above the law, contrary to the intent of the Supreme Law clause, the founding principles of a democratic Republican State with respect for the Rule of Law and, as declared in the Preamble to the Constitution."

The various other grounds dealt with the judge's "failure" to properly interpret sections of the constitution and/or the IPO Act and that she " impermissibly" took extraneous matters into consideration when she ruled that publication of the information in the gazette would bring the Office of President into disrepute, "being a consideration wholly out with a true construction exercise."

The poses an interesting dilemma, one constitutional expert suggested, telling The Sun that the constitution was not very clear on this matter and while he agreed with the judge's ruling "in principle", he did not believe it was a "correct interpretation" of the constitutional provision.

"I am kind of loath to think that the extension the judge gave it is logical," this person said. The commission has asked the Eastern Caribbean Supreme Court to set aside Stephenson's ruling and to declare that Integrity Commission is "statutorily bound" to have listed in the gazette, anyone who held public office and who failed to declare their assets as required by the IPO Act.

It has also asked that the attorney general be made to pay costs.

It was not immediately clear when the appeal will be heard.