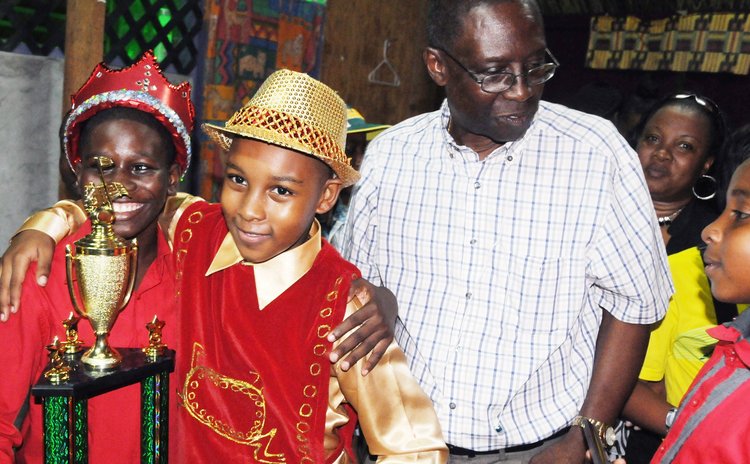 Of course, De Irish Kid, we can depend on you to win junior Calypso crowns. Yeah, boy!

Lemar 'De Irish Kid' Irish of the St John's Academy in Portsmouth has made it a habit –that's his 4th crown in four years. (Twice is coincidence- four wins in a row is considered to be a habit, you will agree).

And guess what- the title of De Kid's winning song is "You Can Depend On Me"; it was written by Livingston Cassel, the former calypsonian called "Spenser"-( Remember lyrics like "Mona woi look a band comin' down"?- that's Spenser's 70's hit song, you remember it?).

The Junior Monarch competition was held at the Eddie Andre Festival City in Pottersville on Friday 17 February 2017.

But De Irish Kid, now 16, will not have a chance to make it five in a row. This is his last competition at that stage.

Maybe DE Kid will focus on the title of his 2014 song: 'I choosing Calypso' as he decides on the trajectory of his future as an artiste.

Other competitors were Mighty D and Stinger Bee of the Dominica Community High School; Mighty Serrant and Mighty Boyd of the St. Luke's Primary School; Mighty Boy of the Roseau Primary; Mighty Franso of the Isaiah Thomas Secondary School and Mc Krissy of the Convent High School.