Irma Raymond-Joseph: I have never felt like less of an individual 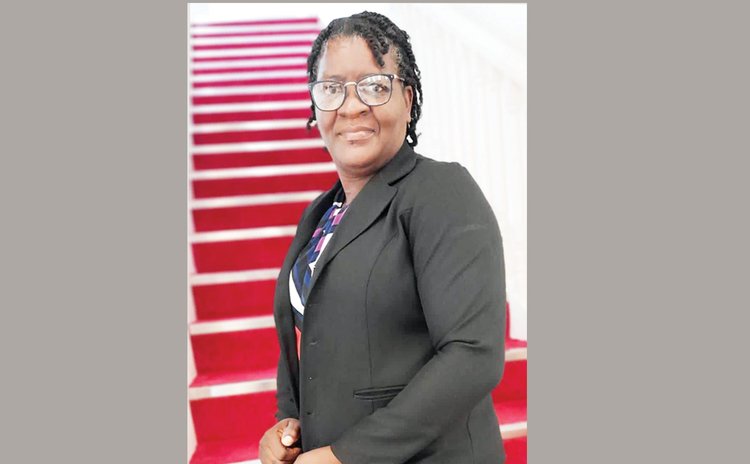 President of the Dominica Association of Persons with Disabilities (DAPD) Irma Raymond-Joseph, is living her full life despite being an amputee for over 20 years.

This "ordinary, God-fearing person, full of life, who loves to enjoy nature and life," - as she describes herself - joined the DAPD in 1995. Raymond-Joseph has been the President for the past seven years, and also held the positions of Secretary and Vice President during her tenure.

Prior to becoming a member of the DAPD, Raymond-Joseph had a very active, social, nature-filled lifestyle showing people around the country.

"Before the accident, I was a tour guide, that was my passion. I love hiking and I was one of the official tour guides for the then NDC. I was also a tour guide for the boat 'Sea Cloud'. The people on that boat were bird watchers so we would go to Syndicate to look for birds," she said.

The accident Irma speaks of happened during the summer of 1995. That incident changed the course of her life forever. "July 9th, 1995 I was involved in a motor vehicular accident which left me as an amputee, below the knee of my left leg. On October 13th that year I joined the DAPD," said Raymond-Joseph.

She attributes her strong mindset and positive outlook on life to the reasons she never felt excluded, or less than, as a result of her disability.

"I think because of the kind of person I am, I was not laughed at when I was involved in that accident at the age of 26. I was not ridiculed by anybody, and I did not see myself as less of an individual.," she said. "And I have been faring out okay."

"After my accident, I could no longer do tour guiding because the terrain makes it impossible. However, I have been assisting my mother doing catering,"

Having a prosthetic is practically a must for any amputee. The artificial limb can help the physically challenged individual have an almost normal life. Irma says access to, and cost of, prosthetics have improved drastically in the past several years.

"Over the years, we have come a very long way with the introduction of the KWA, Keep Walking Association," she said. "They are based in France and they have been coming to Dominica giving prosthetic limbs to persons here."

Before the KWA came to Dominica, Raymond-Joseph explained that it was difficult to obtain a prosthetic leg as the cost was – and still is – exorbitant to travel overseas and get a fitting for an artificial limb.

However, "with the injection of KWA they have really lifted up the spirits of amputees, giving them the ability to walk again."

Irma, a lover of nature and former tour guide, has not let her disability discourage her from exploring her country. Conquering challenges is part of her personality and as she told The Sun "I have always been in nature and I will continue to be in nature. I go out, I am a social person. After my accident, I took the challenge to go to Middleham Falls and I was happy that I did it."

Along with a supportive team, Irma's turn at the helm of the DADP has been rewarding as the institution continues to conquer challenges.

"DAPD has finally completed its multipurpose development centre and we are using it as an income-generating project by hosting small functions," she said.

Raymond-Joseph is proud to report that "DAPD is the first fully accessible building in Dominica and it is a model building we expect others, especially public buildings, to take a page from our book on how to have an all-inclusive, accessible place."

Despite the struggles, the DADP has accomplished a lot and its President believes the founder, Reginald Rolle (deceased), would be proud of its progress to date as achieving 38 years of operations is no small feat.