No one can adequately prepare for monster storms like Hurricane Irma but there are lessons to learn, and apply, say local experts 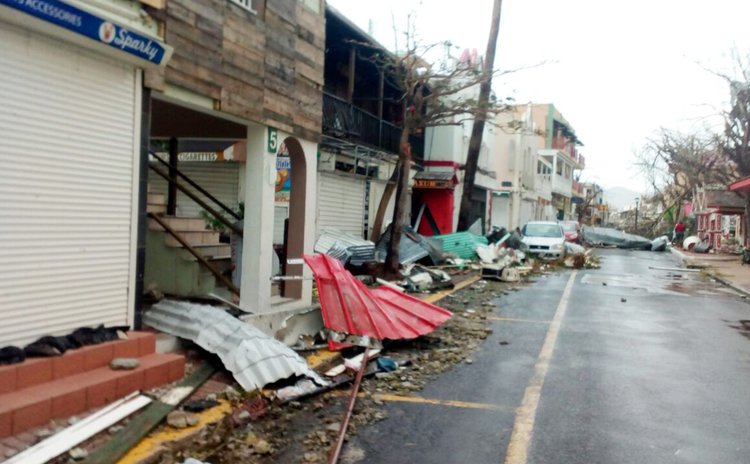 It was like something many of us had never seen and everyone hopes never to see again.

No wonder the relief was palpable when the catastrophic category five Hurricane Irma speared Dominica.

"There is no way we could afford the impact of Irma," a thankful prime minister Roosevelt Skerrit said after the threat had passed.

The evidence of the damage that Irma could have inflicted can be seen in next door neighbours such as Barbuda, the British Virgin Islands and the Franco-Dutch island of Saint Martin, where people have been having trouble finding the words to adequately describe the carnage.

In the wake of the utter destruction, and with the hurricane season approaching its peak, many wonder whether Dominica would have been able to withstand a storm with the intensity of Irma.

"I do not think any country, it doesn't matter how robust your system is … could survive Hurricane Irma," according to disaster risk management specialist Cecil Shillingford.

"You'll always get major structural damage. There are some systems in the region that are some of the best and they got decimated by Hurricane Irma. We put all the things in place, but we have no control," he told The Sun.

Architect Severin McKenzie, who is trained in disaster risk reduction, has been lamenting for years of a sad slide towards complacency with virtually no one taking risk reduction seriously.

It has been nearly 40 years since Dominica experienced the ravages of Hurricane David, and until Tropical Storm Erika two years ago, two generations of Dominicans had not experienced anything like it.

Still, TS Erika was not comparable to a major hurricane, since, while it dumped about 12 inches of rain on the island in under ten hours, had no wind "which is completely different to having to survive 185 mile per hour winds," according to McKenzie.

"A better comparison would be David and what David did was to expose the weaknesses of our construction at the time. Our builders had not even got the grip of how reinforced concrete structures were to be constructed. A lot of the buildings were built with sea sand and stones," he recalls.

However, he says construction practices have improved since, but the country has not really been tested since "to see how we will survive a category 5 or a super hurricane".

"[Nevertheless], I really am not too sure if you can ever put up a timber framed roof that can survive a hurricane of that magnitude."

And there is the problem with the instability of the soil and how easily it slips, coupled with the "proximity of trees to buildings, and slopes," McKenzie says.

"In that particular area I am very much concerned about the state of readiness. And in areas like our roads, we see a lot of blocked drains and these are areas we have to focus on."

With the power of Irma – only Hurricane Allen in 1980 with maximum sustained winds of 190 miles per hour was stronger in the North Atlantic – the issue of Climate Change comes to the fore.

It is a controversial issue, and is described as a hoax by the United States president Donald Trump. But for many in the Caribbean, Climate Change is real.

The Roman Catholic Church in the Caribbean announced last Thursday that it would appeal to the International Monetary Fund (IMF) to forgive the debts of the countries impacted by Irma.

In fact, pointedly stating that the category 5 super-storm was directly related to Climate Change, the bishop of Barbados, Jason Gordon, said debt forgiveness would be a form of justice for Caribbean countries which contribute little to the problem but suffer gravely from its effects.

For Cecil Shillingford, there is no doubt that Climate Change is behind the changing weather patterns.

"We see a lot of flooding in Dominica, 15 to 20 years ago if you had spoken about flooding, people would laugh at you. And they [hurricanes] are getting more and more powerful. There is no doubt that Climate Change is playing a role in that."

What must be done now is to apply these lessons.

"Maybe have exclusion zones, not build on the coastline and close to rivers. But again with 185/190 mile per hour winds, [no one can survive that]."