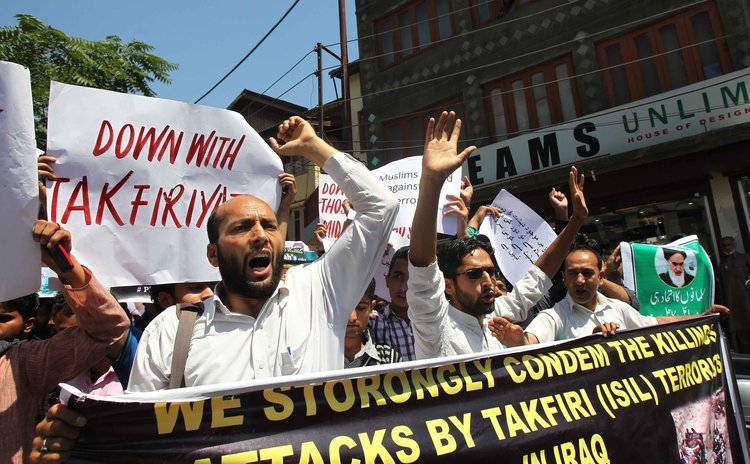 Cairo, Oct. 3 (Xinhua/Sun) -- The Islamic State (IS) militant group released a video and claimed responsibility on Friday for the killing of British aid worker Alan Henning in a video showing his beheading.

In the one-minute video clip titled "Another Message to America and its Allies," roughly the same as those released after three previous murders, a masked IS militant also introduced another hostage it identified as a U.S. aid worker Peter Kassig.

The video was found online by the SITE private terrorism monitor and opened with a news coverage about the British parliament's vote last week to authorize air strikes against IS targets in Iraq.

The masked militant, who carried out the beheading in the video, has the same British accent as the killer in a previous IS video of the death of British hostage David Haines.

"The blood of David Haines was on your hands, Cameron. Alan Henning will also be slaughtered, but his blood is on the hands of the British parliament," the killer said before he killed Henning.

He also warned U.S. President Barack Obama, saying that his group will continue to strike "the necks of your people," as the United States has also been carrying out aerial bombardment against his people.

Alan Henning, who was a taxi driver from Salford near Manchester, was held since 2013 by the Islamic State militants. He was on an aid convoy for Syrian refugees when he was captured by the terrorists.

Earlier this week, Henning's wife Barbara pleaded with his captors to free her husband in a video message, in which she said that he was innocent under Islamic Sharia law, and his family needed him.

The extremist militants have already beheaded two U.S. journalists, James Foley and Steven Sotloff, and a British aid worker, David Haines and showed the horrifying process to the world in similar videos on the Internet