IS claims beheading of U.S. journalist, threatens to kill another 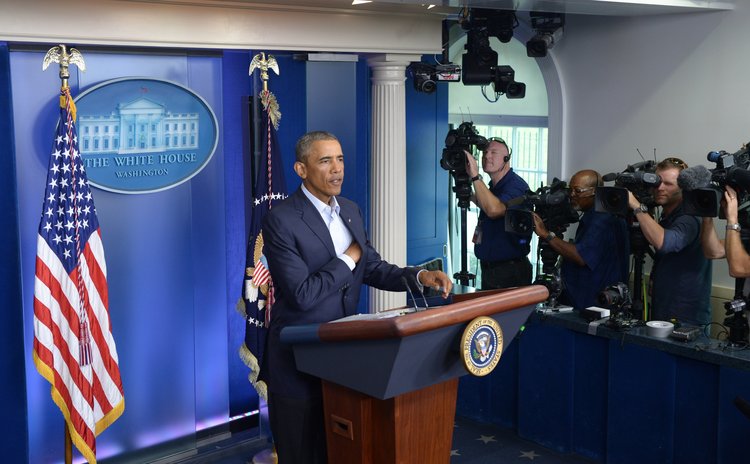 DAMASCUS/WASHINGTON, Aug 20 (Xinhua/Sun) -- A video released by the Islamic State (IS) militants Tuesday purported to show the beheading of U.S. journalist James Foley and contained threats to kill another in retaliation against the recent U.S. intervention in Iraq.

A masked fighter was shown beheading a man kneeling in an orange jumpsuit said to be Foley, a 40-year-old freelance journalist who disappeared in northwest Syria in 2012.

"Today your military air force has attacked us daily... Your strikes have caused casualties amongst Muslims," the captor, speaking with what sounded like a British accent, said in the video. He threatened that the destiny of the killed man will be the punishment for everyone "who denies the Muslims their right to live in safety under the Islamic caliphate."

A second captive, identified by IS as Steven Sotloff, another missing American journalist, was then shown in an orange jumpsuit on his knees. His captor warned "the life of this American citizen Obama depends on your next decision."

The White House said that U.S. intelligence agents were working as quickly as possible to verify the authenticity of the video.

National Security Council spokesperson Caitlin Hayden said, "We have seen a video that purports to be the murder of U.S. citizen James Foley by ISIL... If genuine, we are appalled by the brutal murder of an innocent American journalist and we express our deepest condolences to his family and friends."

Foley's mother Diane posted on Facebook that her son "gave his life trying to expose the world to the suffering of the Syrian people" and urged the group to release any other hostages.

The Islamic State, previously known as the Islamic State in Iraq and the Levant, has recently claimed to have established an "Islamic Caliphate" in parts of Syria and Iraq, threatening the stability of the region.

The group, led by Abu Bakr al-Baghdadi, said their goal is to establish an Islamic state in Iraq and Syria to fight the Shiite-led Iraqi central government and Syrian President Bashar al-Assad, whose top ranks are from the Alawite minority, an offshoot of Shi'ite Islam. The UN Security Council has recently adopted a resolution to choke off the flow of fund and fighters to the militant group.

The entire world is appalled by the brutal murder of James Foley, U.S. President Barack Obama said on Wednesday, shortly after the authenticity of a video showing the American journalist's beheading had been verified.

Obama said he had spoken to the Foley family and told them that "we are all heartbroken at their loss, and join them in honoring Jim and all that he did."

Foley, a freelance American journalist who was captured by militants in Syria in November 2012, was shown on a video being beheaded by a masked militant from the Islamic State of Iraq and the Levant (ISIL) to avenge ongoing air raids on the group's targets by U.S. warplanes.

Obama praised Foley for being "a man who lived his work, who courageously told the stories of his fellow human beings and who was liked and loved by friends and family."

"Today, the American people will all say a prayer for those who loved Jim. All of us feel the ache of his absence. All of us mourn his loss," Obama said from Martha's Vineyard, Massachusetts during his vacation, shortly after the White House said that the video showing the beheading of Foley had been authenticated by the U.S. intelligence community.

ISIL militants, which have seized large swathes of territories in western and northern Iraq in recent months, also threatened to kill another man shown on the video said to be American freelancer Steven Sotloff.

The United States will continue to "do what we must do to protect our people," Obama said, vowing that "when people harm Americans, anywhere, we do what's necessary to see that justice is done."

The president also urged Iraqi people to continue their efforts to expel the terrorists from their communities and called on a common effort from governments and peoples across the Middle East to reject nihilistic ideologies.

"ISIL has no ideology of any value to human beings. Their ideology is bankrupt," he added.