Is Democracy on its deathbed in today's Dominica? 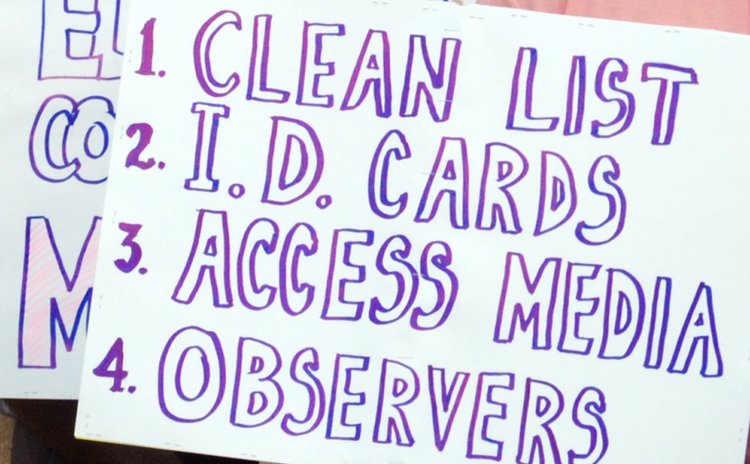 Nowadays, democracy in the international arena usually dies with a whimper and not with the big boom of guns or with burning cities or with the screaming of children or with the mass raping of women by murderous mercenaries in coup d'états in developing countries of Latin America, Africa, and the Middle East. Not so frequently in those regions anymore; not here either.

We will argue that Dominica's democracy has been groaning in pain for decades: now it is near death; but fortunately, democracy has not taken its last breath and only an acutely aware citizenry can take it out of the precipice in which it is plunging quickly, head first.

But, you ask, how has Dominica's democracy been dying?

Firstly, and most profoundly, democracy is being slaughtered when, for decades, roadblocks have been put in the way of necessary, and basic, electoral reform.
Imagine, in 2021 Dominicans voted in the Grand Bay by-election without identification cards; in 2019 all of Dominica voted in the general election without identification cards, a fundamental requirement for completing the simplest of financial transactions at any bank or supermarket anywhere. But not for an exercise to elect leaders to the highest posts in the State, cabinet and the House of Assembly? Are we serious?

Dominicans must realise that we cannot have democracy without free and fair elections; it is the lifeblood of any democratic system of government and elections here may have been free but certainly they have been unfair. Just take a brief look, just a brief look, at the vastly uneven playing field of campaign financing over the past three general elections and tell yourself whether these elections have been fair.

"Having free and fair elections, based on universal suffrage and a multiparty system, are the sine qua non of democracy," wrote the Economist Magazine a few weeks ago in its feature: "Democracy Index 2021: The China Challenge."

By the way, in that feature the Economist concludes that "according to our measure of democracy, less than half (45.7%) of the world's population now live in a democracy of some sort, a significant decline from 2020 (49.4%)".

The magazine adds that the current Covid-19 pandemic "has resulted in an unprecedented withdrawal of civil liberties among developed democracies and authoritarian regimes alike, through the imposition of lockdowns and restrictions on travelling and, increasingly, the introduction of "green passes" requiring proof of vaccination against covid-19 for participation in public life. It has led to the normalisation of emergency powers, which have tended to stay on the statute books, and accustomed citizens to a huge extension of state power over large areas of public and personal life".

As we were arguing, in recent years Jamaica has emerged as a "shining example" of how to conduct free and fair elections, according to Curtis Ward, the former ambassador and deputy permanent representative of Jamaica to the United Nations.

"Jamaica's electoral process is directly linked to the independence and integrity of the electoral institution and the mechanism for the conduct of the election", Ward wrote in the Jamaica Gleaner.

"The system is beyond reproach, as borne out by all contending sides believing in the process and honouring the outcome…Notably, a free and fair electoral system can be guaranteed only when people of integrity and non-partisanship are in charge of the process." But Ward contends that the Jamaican system is not perfect and Jamaicans must continue to exercise "vigilance in promoting and protecting democracy and the rule of law".

As we have argued on many occasions, the Dominica Electoral Commission, as it is currently composed, cannot conduct free and fair elections because it has been, as they say, dead on arrival.

And that point was made quite succinctly by a former top civil servant in an article in the Sun recently.

"The most glaring example is the Electoral Commission where the majority on that commission are people who do business with the government and will never do the right thing because they will not compromise their passport selling," he charged.

Secondly, Dominica's democracy has been dying slowly because the institutions of checks and balances have been undermined as termites do in a wooden structure. Over the past two decades, there have been real attempts at stifling the opposition, coupled with the castration of important institutions such as the integrity in public office and electoral commissions, and an active and effective curtailment of freedom of assembly by armed police.

But there's no better sign of a dying democracy in Dominica, for those who have eyes to see and ears to hear and brains to think, than the ongoing case of incitement against Lennox Linton, the Leader of the Opposition.

For four years now Linton is being dragged before the courts because of a public speech that he gave in broad daylight in the presence of police officers at a public meeting in February 2017 near Government Headquarters on Kennedy Avenue, that the government of Dominica has somehow determined was an attempted coup.

It was not. It was a blistering critique of the government's handling of the Citizenship by Investment programme that had earned the unflattering attention of an American television programme, the world-famous CBS's 60 Minutes.

Imagine the chilling effect, intended or unintended, that Linton's prosecution and persecution over four years, is having on Dominicans' exercise of free speech and freedom to assemble, two safeguards of democracy.

I rest my case.