Is Paramountcy of the Party doctrine alive and well in Dominica? Yes, indeed 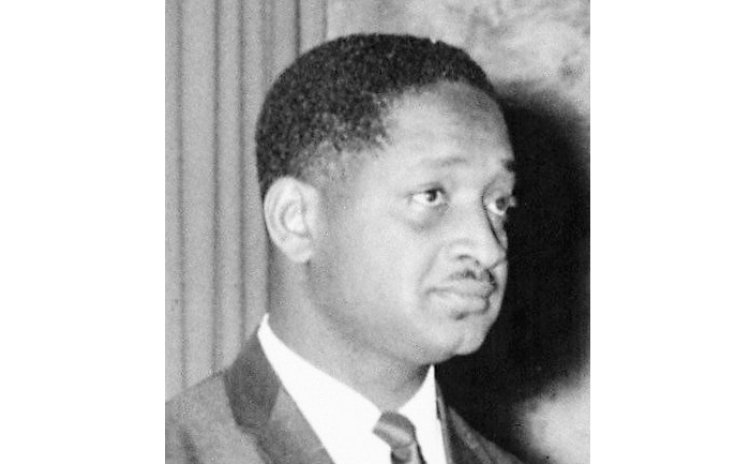 In the not-too-distant past, there was that semblance of a difference between the party in power and the government but now that division is slowly, but surely, being abolished.

Because of this former heads of the Dominica civil service, who actively promoted the integrity and professionalism of the Civil Service, such as the late Vernon Shaw and Clarence Seignoret, must be summersaulting in their graves; Julian Johnson too, who is still alive, is probably having nightmares all day long.

If you are still unconvinced of the very real and in-your-face practice of the doctrine of the paramountcy of the party in the Commonwealth of Dominica, take a look at the video recording of the recent "Signing of the Agreement for the Development and Construction of the International Airport" on Wednesday 9 June 2021 at the Windsor Park Sports Stadium. Was this ceremony a campaign event of the DLP or was it a government function?

In fact, the government and the DLP promoted that event by urging attendees to "Wear Something Red Day in Commemoration of 66 years of the Dominica Labour Party" and even the civil servant who signed the contract documents with Anthony Haiden was decked in an all-red outfit.

So, it was no surprise when a member of the Opposition United Workers Party (UWP) said in a conversation: "I was invited but I'm not going inside there" as he stood outside the gates of Windsor Park.

It is our view that the government has missed an excellent opportunity to build a national consensus on such a massive undertaking, one that will affect the lives, negatively or positively, of all Dominicans for many generations.

With the DLP at the forefront of the airport building programme, and not the rest of Dominica-all political parties, all civil society, all village and town councils, all religious denominations- the Prime Minister's call for support of this project as well as the Citizenship by Investment (CBI) programme that is to fund the airport project, sounds rather hypocritical and two-tongued.

It is not what you say, Mr. Prime Minister, it is always what you do that matters.

But we digress. We believe that today's DLP and the current Roosevelt Skerrit administration remind older persons of the doctrine of paramountcy practiced by Forbes Burnham's Cooperative Republic of Guyana.

According to an article published in December 2018 in "The Keieteur News" entitled "Is party paramountcy back?", it was in 1974 that Forbes Burnham, at a Special Congress of the party to mark its 10th year in government, announced that the party should unapologetically assume its paramountcy over the government.

"This doctrine saw the merger of the Office of the General Secretary of the PNC with that of the Ministry of National Development, thereby allowing the party to benefit directly from public funds.

It added: "Paramountcy blurred the lines between party and government. According to this doctrine, it was the party that was required to provide practical and theoretical leadership at all levels of society.

"Paramountcy was not exercised simply at the level of government. The party became supreme over the State, with the party flag being flown over the Court of Appeal. Civil servants were mustered to attend conferences and meetings of the party. Non-attendance had dire consequences. But things went much further. The party became supreme over the military and the police, who could thence be ordered to do the dirty work of the PNC".

Tennyson Joseph, a political scientist at The University of the West Indies, Cave Hill Campus has written that party paramountcy has survived Burnham.

"For those too young to remember, the notion of party paramountcy is best associated with the People's National Congress (PNC) of Guyana under the leadership of Forbes Burnham, in which all state and civic institutions – from the army, the credit unions, the university departments, the school boards to the Boy Scouts – were subordinate to the interests of, and existed as arms of, the ruling party," Professor Joseph wrote in the Nation Newspaper of Barbados in an article that he named: "ALL AH WE IS ONE: Party paramountcy".

Dr. Joseph continued: "Under party paramountcy, the ruling party treats every national question as one in which the party's interest should be placed above everything else. Thus, far from seeing a trade union election as a minor, low-level political activity outside the scope of party politics, those guided by party paramountcy would invest themselves heavily in its outcome, satisfied only with seeing "their people" occupying the key positions. No area is deemed as outside the scope of party control".

Dr. Joseph suggests that these political parties that practice party paramountcy are unwilling to entertain "any opinion which does not come from the "right person".

"One sees, therefore, a party that listens only to itself, and views its legitimacy in the narrowest partisan terms,'" he wrote.

Thus, in the midst of serious issues such as the controversial appearance in Dominica of Indian fugitive Mehul Choksi and other critical issues, the DLP sets up a campaign-like event of the signing of an international airport agreement "to provide political comfort to itself", to quote Dr. Joseph.

So what is the downside to party paramountcy?

"Public policy is thus reduced to permanent electioneering. Once the minimum level of required support is assured, the rest of the country matters little, and democracy is stymied", Dr. Joseph concludes.