World Creole Music Festival is world brand- can you cancell a world brand? 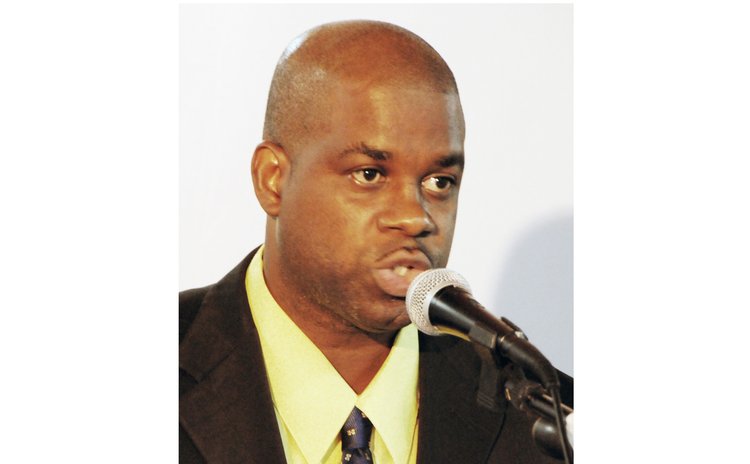 Economist Joseph Isaac has expressed dismay at the cancellation of the World Creole Music Festival (WCMF), stating that doing so contradicts the nation's image of resilience.

Isaac told The Sun newspaper that Dominicans need to show the world they can they can still help themselves and, furthermore, they have the desire and the ability to express their talent and culture in a way that transcends the impact of the storm.

Isaac, the United Workers Party (UWP) Parliamentary Representative for the Roseau North Constituency and his party's shadow Minister of Tourism and Cultural Industries, contended that it is prudent and responsible to focus on developing the cultural industry at this time when tourism, hotels, restaurants, vendors and others in the service industry are most impacted.

Isaac noted that, in marketing terms, the WCMF is a 'world brand' event and calling off the show is tantamount to cancelling a world brand product such as Coca Cola, with all the attendant negative economic consequences.

Further, he is concerned that the WCMF brand was put in the misleading context of "man 'wining' on woman with a Kubuli beer in each hand…"

Recently, Prime Minister Roosevelt Skerrit expressed his view that those assisting the island in its post Tropical Storm Erika recovery efforts may frown on feting in Dominica at this time.

"If we go ahead and host this Creole Festival and people who have taken their money that they do not have to help you in this very difficult time, what are they gonna say? That you [are] feting in Dominica while our people [are] catching hell and -- you know -- man 'wining' on woman with a Kubuli beer in each hand; and we have to build houses for you?" the Prime Minister said.

Isaac asked what would happen if there is another storm next year and the following year. "If you are faced with three consecutive storms, will you cancel again?" he asked.

The economist said that while he is sensitive to the losses incurred as a result of the storm, in his professional opinion, the best way to help the victims would have been to hold the WCMF and give the proceeds to the victims to get them back on track.

Further, the organizers could have renegotiated the contracts of the key performers-- many of whom who would already have been paid a deposit—with a view to getting concessions as the performers' contributions to the recovery of Dominica.

Commenting on Tourism Minister's Robert Tonge's assurance that the island is open for business, Isaac said cancelling the festival contradicts this statement.

"If you are saying we are back on track and open for business, why cancel the festival?" Isaac asked.

Tonge was quoted as saying that "Dominica is ready to accept business because as we know tourism is second to agriculture and we have to ensure that we bring in some form of revenue into the country."

Isaac maintained that the decision taken to cancel the WCMF was highly emotional and not objective. An objective decision would have clearly demonstrated the island's economic resilience, he said.

He underscored the point that going ahead with the WCMF despite the effects of the storm would have been the best way to show that the island is resilient and open for business.

Isaac also pointed out that, subsequently, LIME decided to cancel the annual Creole in the Park (CITP), which is normally held from Monday to Thursday of the week prior to the WCMF.

The economist asked: Why would LIME want to invest in the CITP when the Government was not prepared to go ahead with the WCMF?

Isaac also believes that key stakeholders were not properly consulted on the way forward in relation to the WCMF. He said some stakeholders have indicated that they were not actually consulted, but merely called in to ratify a readymade decision.

At a press conference prior to the announcement of the cancellation and before the stakeholders were called in for a meeting, the Prime Minister said discussions had already begun with the contracted performers in a bid to get them to return their deposits or to defer their performances to next year.

"In respect to the Creole Festival, the minister-- as is customary-- is engaging other stakeholders. But I believe and I daresay from where I see things, it is moving more towards a cancellation for 2015 and a final decision will be announced…" Skerrit said on the night prior to the stakeholder meeting.

Further, Isaac holds the view that the Prime Minister's public statement that he was in favour of cancelling the festival-- which he made before the stakeholder consultation-- was prejudicial and unfairly influenced the eventual decision.

Isaac pointed out that even if the WCMF is replaced with a three-night benefit concert featuring local artistes, this change will not prevent the 'two Kubuli scenario' the Prime Minister used to characterize the way patrons behave at the WCMF.

He hopes that the cancellation will not have any permanent impact on the WCMF brand.

While the long term impact remains to be seen, Isaac said the immediate economic impact on the island will be a significant loss of vital revenue to the nation from a drop in stay-over visitors and a reduction in visitors' spending.

He noted that the number of stay-over visitors is usually at its highest during the time of the WCMF, so the cancellation will translate into a downturn in economic activities in October-November, impacting heavily on tourism and VAT collection.

Isaac said he is aware that several leading OECS economists consider the cancellation a mistake.

He said it might not be too late to call off the decision.