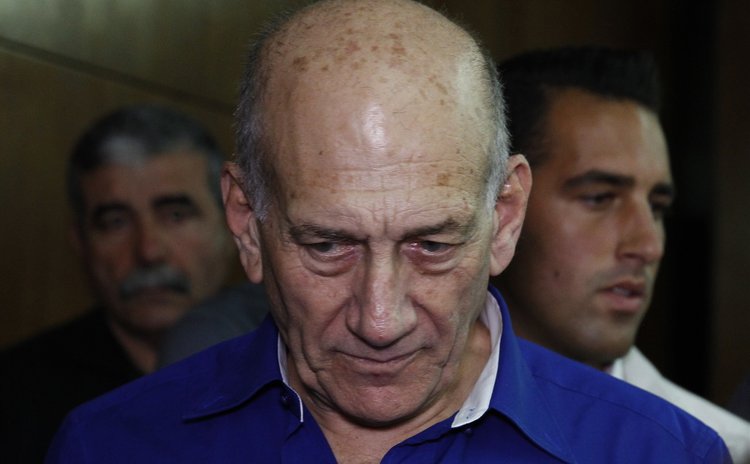 JERUSALEM, May 13 (Xinhua/Sun) -- The attorney of Israel's ex-Prime Minister Ehud Olmert on Tuesday said Olmert would appeal the six- year jail sentence given to him for bribery.

"Olmert has been emphatic that he took no bribes, we will appeal to the Supreme Court," his lawyer Eli Zohar said.

He added that the words of the Judge David Rozen of the Tel Aviv District Court "a public servant who takes bribes is akin to a traitor" were "very harsh" and "bundled all the defendants in one breath."

Olmert has 45 days to appeal the Supreme Court, which will decide whether he will become the first Israeli prime minister that will serve time in prison. His sentence also includes a fine of one million shekels (290,000 U.S. dollars).

Last month, Olmert was found guilty of accepting 560,000 shekels (160,000 U.S. dollars) from contractor while he was the mayor of Jerusalem (between 1993 and 2003) in order to expedite proceedings of construction complexes including the Holyland residential complex in the city.

Olmert had denied the charges all the way through the trial.

The sentence has stirred a barrage of comments by Israeli political leaders who said it was a sad day for Israel but praised its legal system. "Personally, this is a sad day," Israel's President Shimon Peres said in a statement sent from Norway, where he is visiting at the moment. "But the legal process was untouched by personal interests," Peres stated.

Justice Minister Tzipi Livni, who served as a minister also in Olmert's government, echoed similar message. "This is not an easy day when a former prime minister is sentenced," said Livni, "I have complete trust in the court and law enforcement officials, and the public should as well," she added.

Expressing his commitment to the struggle against corruption, Internal Security Minister Yitzhak Aharonovich said "this is a sad and difficult day for the State of Israel. However, the battle against public corruption is of the utmost importance."

"I unequivocally support the police in their attempt to quell corruption in the public service, at any level it takes place," he added.