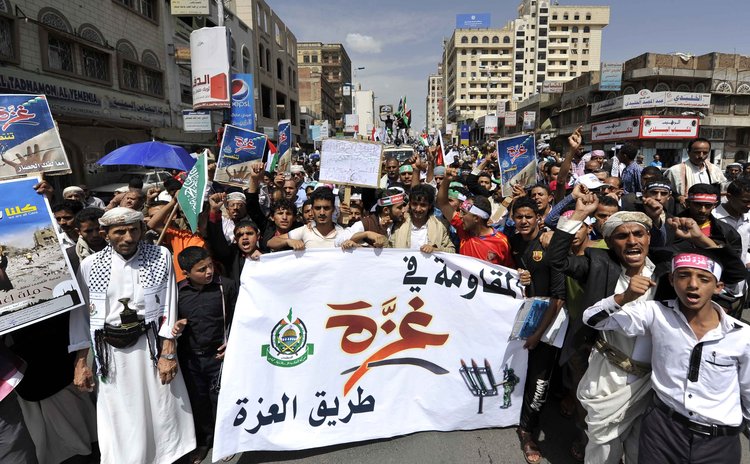 RAMALLAH, Aug. 11 (Xinhua/Sun) -- Israeli occupation on the Palestinian territories must end in order to achieve sustainable peace between the two as well as in the region, Palestinian chief negotiator Saeb Erekat told Xinhua on Sunday.

Having an exclusive interview with Xinhua in his office in the West Bank city of Jericho, Erekat showed deep sympathy to the 1.8 million Gaza people who have been suffering a 35-day-long conflict.

"It's a major disaster and catastrophic area. What we need is international efforts to have aerial, sea and land bridges to provide for the immediate needs," he said.

According to Erekat, there were agreements in the past between the Palestinians and Israel about enlarging fishing territory in Gaza, building an airport and a harbor in Gaza, and easing passages of people and goods between Gaza and Israel. Those demands are still under current discussion with Israel through Egypt as a mediator to achieve permanent ceasefire in Gaza.

"We placed all these issues as Israeli obligations. We said to the Israelis you have to honor the agreement signed with us," said Erekat, adding that Israel wants to blackmail with their negotiating behavior in order to disarm Palestinian factions in exchange for reconstruction of Gaza," he said.

Palestinian delegations have been to Cairo last week to have indirect negotiations with the Israeli side. So far, the negotiations haven't made any tangible results.

"That's why the negotiation goes under very difficult situation. The negotiation may collapse if the Israelis continue with this negotiating behavior," he argued.

Erekat believed the main intention of the Israeli operation in Gaza is to undermine the newly established Palestinian unity government. The two main Palestinian factions Fatah and Hamas reached an agreement this April and a reconciliation government was established in early June.

"(Israeli Prime minister Benyamin) Netanyahu suspended negotiations with us when we established the reconciliation government. He wants the status quo to continue. He wants Gaza to be off the place of Palestine so he can undermine the two-state solution and the Palestinian state," he noted.

Regarding the internal differences among Palestinian factions, Erekat said the Gaza conflict had taught a good lesson for the Palestinians.

According to him, the core of the ongoing conflict between the Palestinians and Israelis is the continuation of the Israeli occupation for the past decades.

Besides, he argued that continuous Palestinian-Israeli conflict can trigger more violence as well as extremism in the whole Middle East region.

In order to achieve the objectives, Erekat called upon the United Nations Security Council to pass a binding resolution by setting a time ceiling for Israel to end the occupation. He believed that China can play its part in this action.

"China is a major power internationally and I believe China can lead an effort for the Security Council to pass a resolution specifying a date when the two-state solution can be established, specifying a date to end Israeli occupation, and to call for the state of Palestine with east Jerusalem as its capital to live side by side with Israel in peace and security on the 1967 lines," he said.