"It cannot be right!"

The subject of a photograph on DNO is disturbed 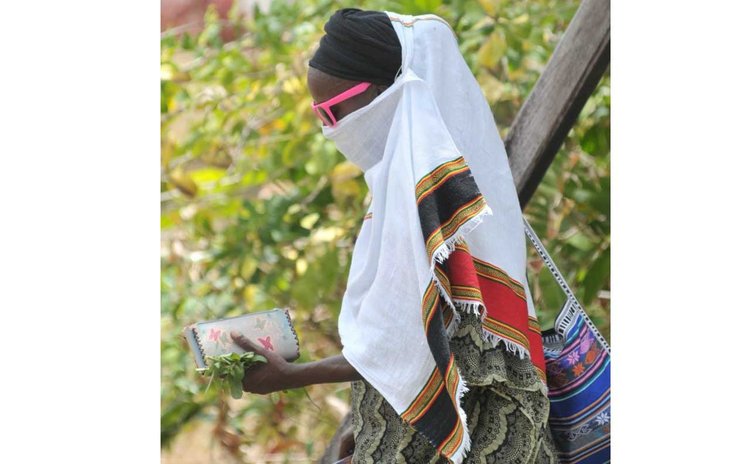 Who gave you the right to use my image (picture) WITHOUT my permission?

"Whereas recognition of the inherent dignity and of equal and unalienable rights of all members of the human family is the foundation of freedom, justice and peace in the world."

"Whereas it is essential, if man is not to be compelled to have recourse, as a last resort, to rebellion against tyranny and oppression, that human rights should be protected by the rule of law."

"All human beings are born free and equal in dignity and rights!"

"Everyone has the right to life, liberty and security of person."

"Everyone has the right to an effective remedy by the competent national tribunals for acts violating the fundamental rights granted him by the constitution or by law."

This morning (May 6), whilst basking in the blissfulness of Creation, being on retreat in Zion, I received a message: 'Your photo is featured photo on DNO – Dominica News Online. I wondered what this was about and immediately logged in. There it was: I, at the Botanical Gardens, live in color, captioned – FEATURED PHOTO (COVID-19): I'm fully covered; are you? I was stunned! This was quickly replaced with indignation! What the hell?? Who took my picture? And to even publish it, online, giving it easy and free access, globally – all 7.7 billion people! Wow! So that's how it's done? Ones' image can be used publicly – positively or negatively, WITHOUT permission granted??!! This does not sit well with me at all! It CANNOT be right!

From early childhood, my mother saw to it that I had pen pals. This was a time when communication was not as advanced at it is today – I was born in 1970. There was no internet! No Instagram! No World Wide Web giving one global access! That era's main medium of outreach and communication was through pen pals. My pen pal was from Zimbabwe. I can still see his picture – he had sent me one. We developed a very nice friendship; I have a vivid memory of a picture of Zimbabwe he sent, showing this beautiful, modern, metropolitan looking city! Not unlike what is commonly featured to be found in New York, France, or England – these more developed (infrastructure wise) countries. Very much unlike the typical, derogatory image of starvation and hunger in Afrika.

We communicated for some time, until he asked for a picture. All communication stopped! You know why?? Because from early, my mother cautioned me, SERIOUSLY, of the inherent danger in sharing ones' picture with people, especially strangers. Probably it may be due to this, but somehow, I never liked taking and posing for pictures.

I would prefer to communicate with someone for eternity, and not feel the desire to see his/her image. I much prefer getting to know a person intimately, and develop a strong friendship along the way. It is for this reason, I take strong objection to this act done by DNO – Dominica News Online! I consider this to be total disrespect; a violation of my human right to be protected by the rule of law. And so, I sought legal counsel. Here's the advice I was given:

"These things are always difficult to control from a matter of law. There is really no legal prohibition on someone taking your picture in public, or even using the image, as such…In some countries there are laws passed to control stuff like that, but we have not reached that stage…I suggest that you write DNO and indicate your strong objection to the use of your image….other than that, I am not sure that there is much else you can do."

If, as legal counsel suggests, there is no legal prohibition on someone taking your picture in public or even using the image, don't you think that any lawyer (worth his/her salt) should feel sufficiently roused to fight this injustice, on my behalf, which, in principle, to me, is inherently wrong! My permission was not granted. I thought one of the main reasons for practicing law is to champion the cause of the underdog; to see to it that ones' rights are not trampled upon. Should this have taken place in the USA, I could fight, win and be compensated for damages! The notion that DNO (or anybody, for that matter) can use my image without my permission is absurd, archaic, and almost a mockery of my freedom, and right to 'security of person'! And to even be copyrighted: Copyright 2012 Dominica News Online, DURAVISION INC. All Rights Reserved. This material may not be published, broadcast, rewritten or distributed, having all rights (Intellectual Property)! Yes DNO! You have sole distribution rights to my picture; yet, you did not seek my permission in publishing it.

Just like that, I'm a double victim! I did not grant permission for my image to be used, and yet still, I am left with no recourse. This cannot be right! If there is no law on the books, against this practice, then something must be done to address it. It cannot be business as usual! Precedence must take place! Precedence is set by putting a stop to something that is wrong, unconstitutional, or goes against the grain, one's rights! You know, in observance of Black History Month this year (2020), I submitted an article – The State of the African Family in the Diaspora: (A Caribbean Perspective) to the Sun Newspaper. I was asked for a photo to accompany it. I graciously declined. It's not important what I look like; what matters is the reasoning put forward! The wordsound! The viewpoints advanced and the discussions generated.

I do not like attention drawn to my person, i.e by use of pictures. I chose carefully to whom I share my picture with, and what medium used. Minutes after receiving the first message, notifying me of the photograph online, I received another message, referencing the same picture, asking whether or not that was me. This, my dear friend, was the beginning of the 'flood-gate' of notifications from friends far and wide, of this picture. According to DNO site, this photo has been 'liked' 98,710 times, and talked about by 2, 623 (persons). I need someone to explain to me exactly what these quoted figures translate to. Is it that ninety-eight thousand, seven hundred and ten (individuals) liked the photograph? And that it was talked about two thousand, six hundred and twenty-three times? What does that mean??? Come on, man?? I did not ask for this kind of exposure!

Judging from the picture, it was taken up close. If I was that close, within reach, why couldn't my permission be sought? Simple as that! Give me the option of deciding whether or not I want my image to be so broadcast! I love reasoning, and prefer stimulation on the mental plane, as oppose the physical. If no lawyer has the gumption to take on this fight, then I feel compelled to equip myself to do just that! Fight for my right! If it means going to Law School, to be so schooled, then so be it! By any means necessary!!! This is not over! Not by a long shot!

Blessed be the name of the Most High, Haile Selassie I and His Honorable Empress, His heartbeat, Empress Menen!