Mehul Choksi on his ordeal from Antigua to Dominica 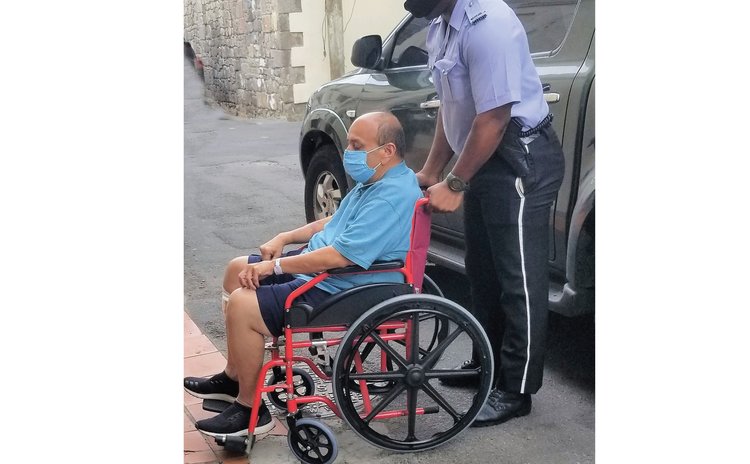 By all accounts, Mehul Choksi is a broken man.

Ten days after he returned to Antigua after the high court here granted him bail to allow him to seek medical treatment in his adopted country, the 62-year-old Indian-born diamond trader was finally able to get some sleep, he revealed.

"I just feel a little rested today, to be very honest, after many days I couldn't sleep," he told The Sun in an exclusive interview on Saturday, "but today I slept with more sleeping medicines, and it looks like I feel better."

The diamond trader and his company, Gitanjali Group, a retail jewelry company with 4,000 stores in India, are alleged to have bypassed PNB'S core banking system and issued fraudulent letters of understanding for payments to suppliers without making entries in the banking software about those letters.

In a 90-minute interview with The Sun, during which he broke down several times, particularly while discussing the first time he spoke with his family after he arrived here and his treatment by his alleged kidnappers and the Dominica police, Choksi again protested his innocence and repeated his oft-reported willingness to speak with the Indian authorities either in person, should they be willing to travel to Antigua, or via an electronic platform such as Zoom.

However, he said he would not return to the land of his birth - India canceled his citizenship and passport after he became an Antiguan citizen – because he is unable to travel such long distances due to his health. His long-running health problems began back in 1995 when the obese Choksi was diagnosed with heart problems, diabetes, hypertension and a blood clot in the brain, he said. By 2010 his health had deteriorated further, and he still suffers from coronary artery disease and congestive heart failure, among other ailments.

In any event, he told The Sun, he was fearful that his life would be in jeopardy should he return to India.

"After this, we are damn scared," said the diamond tycoon. "Twenty people [told] that 'you will be killed in no time.'"

Choksi described in graphic detail the beatings he allegedly received at the hands of his abductors during the kidnapping exercise before, battered and bloodied, he was tasered, gagged, placed in a wheelchair and taken to a yacht to be transported to Dominica.

He also spoke - occasionally incoherently, but mostly lucidly - about his "traumatic" experience during what he estimated was the 13 to15-hour journey, including being repeatedly tortured, both physically and mentally.

"They would beat me, and they would get a knife and show me, they were torturing me, and put me in a real fear, fear like anything," he recalled.

Local police have claimed that Choksi entered Dominica illegally at Toucarie Beach on the island's northwest coast on 24 May. However, he said nothing was further from the truth.

According to Choksi, after arriving in Dominica around mid to late morning on Monday 24 May, he was kept on the vessel until sometime around 11 p.m. when he was transferred to a Dominica coastguard vessel and taken to the Cabrits terminal, two miles south of Toucarie.

"I was pushed off [the yacht] . . . to the coastguard boat, I was put in the cabin and the coastguard police had taken me over," said Choksi from his home in Antigua.

"I was moving to towards [a] marina, on the right-hand side of my boat I could see very beautiful hotel lights, which I understand today that it could be Kempinski, and I was taken to a marina jetty called Cabrits - this also I came to know later but of course. I was taken on the marina and there were lots of police waiting for me and I was brought to the end of the jetty, I was made to sit there for a few minutes and then somebody walks up to me . . . and he said that 'I'm the police chief of Dominica and we are here to arrest you because of [a] red alert against you," he continued.

Dirty, bruised and with "so much blood coming out," he was later driven to the police headquarters where he was placed in a cell without a bed and was ridiculed when he asked for a mattress, to be allowed to wash up, or ring his doctor, Choksi claimed.

"I was crying a lot, and I was asking, can I call up my family, please, please, please, can I get in contact my lawyer in Antigua, can you call me a doctor . . . [and] nobody would listen to me," he recalled. "I was very depressed; I felt like it's the end of life."

Choksi spent 51 days in police custody, most of it in hospital under tight police guard, while his lawyers fought to get him bail and he fought for his life. Describing them as the darkest days of his life, the billionaire jeweler, who told The Sun he was eager to return to Dominica to clear his name, said he was certain both Antigua and Dominica had conspired with India to abduct him and rush him to New Delhi.

Asked if he trusted the Antiguan or Dominican prime minister, Choksi responded: "Whom I can trust? I can't say anything, you know, I'm in terror. I don't want to comment on anything [like this] to be very frank. It's a terrorist, it's terror, terror, terror. That thing has been terror.

"We are completely traumatised, we don't sleep, at any time I would become breathless, the trauma attack would come, [but] slowly, slowly, slowly, I'm trying to recover . . . but psychologically it has just hurt me, deep, deep, deep and the whole family, everybody's shaken like anything. Shaken."