It is official: Dr. Sam Christian is the UWP candidate for Soufriere. 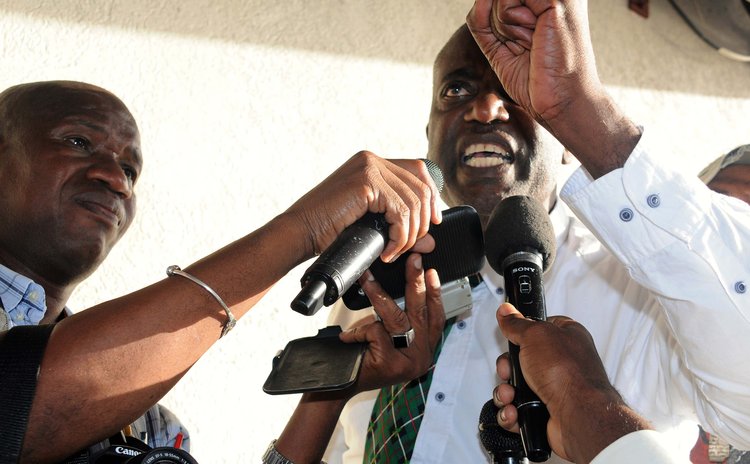 Dr. Sam Christian has been confirmed and launched as the United Workers Party (UWP) candidate for the Soufriere constituency for the upcoming general elections.

The party made that official announcement on Wednesday August 8, 2018 when it launched Dr. Christian in Soufriere/Scotts Head and then in Pointe Michel with a motorcade.

Dr. Christian is a former deputy leader of the Dominica Freedom Party (DFP) having been elected in 2017. However, just three months after he was elected Dr. Christian stepped down.

Speaking at the launching attended by top officials of the party, including party leader Lennox Linton and his deputy, Roseau South Member of Parliament Joshua Francis, Dr. Christian said he never thought he would have been in that constituency.

"God moves in mysterious ways. I have been around with them and after the passage of Hurricane Maria I took fishing boats to go to Soufriere to attend to the sick patients. The Lord has led me to this constituency. I feel your pain, my people, and I share it with you also," he said.

According to Dr. Christian, a medical practitioner, when he first returned to Dominica after a very long stay in the United States of America, he sent his certificates ahead of him, six months before and when he returned he had to wait another six months before receiving his medical license to practice in Dominica.

"They have blocked me from practicing at the Princess Margaret Hospital…I have offered my services to the state, after Tropical Storm Erica to the people of Bagatelle, in all the crisis but I have been blocked," Dr. Christian said.

He continued: "I believe that Team Dominica, the UWP, is going to sweep the polls anytime they call the elections. They are not calling it yet because they think they can use bribery again. Under the leadership of Lennox Linton, we are going to get our country back again, starting in Soufriere. I decided to form an alliance with the UWP Team Dominica. I love their ideas. This has been a Labour stronghold but I see myself as a man of integrity and will not have any gutter politics on my behalf."

Higgs Adams, who contested the Soufriere seat for the UWP during the last general election has described Dr. Christian as "a good and honest man" and, he said, he fully endorsed Dr. Christian to replace him on the UWP ticket.