"It is time for them to go" 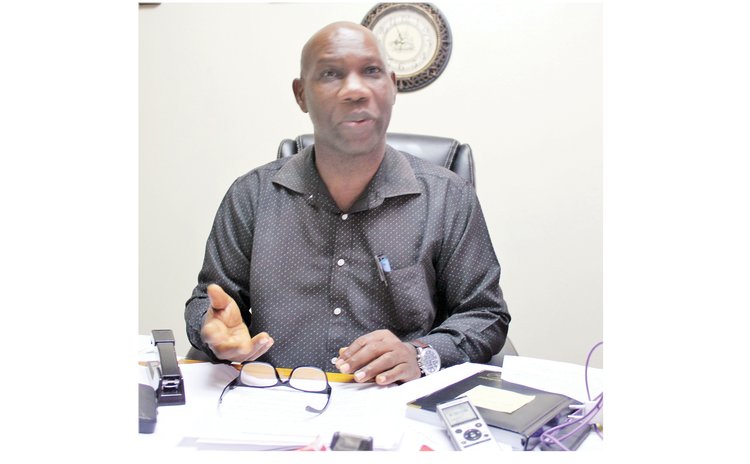 Nearly three years after Hurricane Maria there are more than 100 people living in hurricane shelters. And these refugees are refusing to leave.

"It is time for them to go. They are gainfully employed, and it is not fair to have a community at ransom," said Glenroy Toussaint, the Chairman of the National Emergency Planning Organization (NEPO) Shelter Committee and Local Government Commissioner.

Toussaint said the issue of shelters that have become permanent homes is particularly serious in the Bath Estate Community Centre and the former Scott's Head primary school.

"We have about 110 people as we speak still in shelters and most of them are concentrated in Roseau. It is sad that we have a number of the people in shelters that were renting prior to hurricane Maria, are gainfully employed and are still at the shelters. We have hastened to indicate to them that it is time for them to go and we have written to that effect…its two years approaching three years," Toussaint said.

He added: "In Bath Estate Community Centre we have people who are there for over two years and the Bath Estate community wants to use the facility for meetings and other purposes and this is frustrating. It is time for them to go; they are gainfully employed and it is not fair to have a community at ransom. They were supposed to be there temporally…between 12-24 hours to ride the storm. We have a few at the Scotts Head old primary school where we also have some serious family problems. We need people to move."

"Since Hurricane Maria, we have developed a neighborhood approach where residents with substantial dwelling houses would take neighbours during the passage of a storm or hurricane. Also the construction of a number of government apartment buildings throughout the communities which has boosted our shelter capacity, so clearly there is a decrease for shelters in Dominica," Toussaint said. "We have done an island-wide assessment as to the number of persons who would be required to be sheltered for the 2020 Atlantic hurricane season and we came up with a figure of close to 4,000 people island-wide. As a result of this, we have proposed 114 emergency shelters island-wide and bear in mind- we have to deal with the hurricane season and COVID-19 together."

As far the preparation for COVID-19 is concerned Toussaint said the pandemic has complicated the process of hurricane preparation such as social distancing in a hurricane shelter, wearing of masks and regular hand washing.

"We also must have an isolation area in the shelters so we must have a collective team approach, with security, health and all," he said.

Based on the survey that Toussaint mentioned earlier, there are a few communities that require special attention.

They are: Marigot, Wesley, Tarish Pit/Gutter, Woodford Hill and the Kalinago Territory.