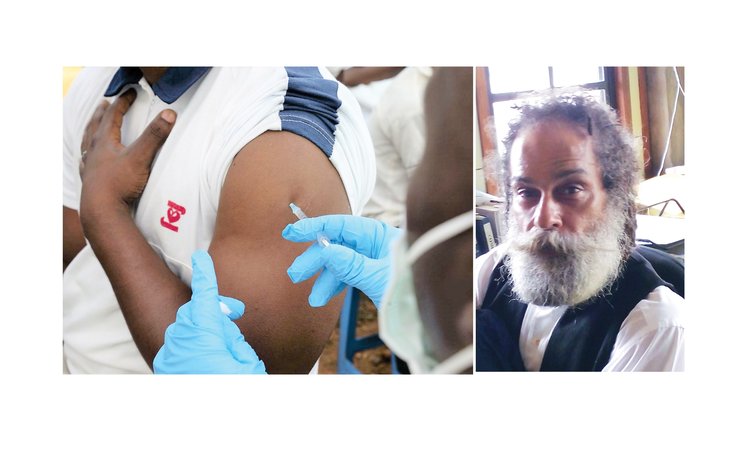 While some employers are saying "no jab, no job," one attorney is contending that Dominicans should not be forced to be "human guinea pigs," and states he is willing to legally challenge the rights of employees who are mandated by their employers to get vaccinated.

Henry M. Shillingford of HMS Law Chambers has announced that his services have been engaged by the Dominica Health and Wellness Association (DHWA) who with many other concerned citizens have formed a group to challenge vaccinations, the COVID-19 protocols, and other elements of such in Dominica.

Focusing his possible cases on the fact that World Health Organization (WHO) and the Centers for Disease Control and Prevention (CDC) among others, approved the vaccine under an Emergency Use Authorization (EUA), rather than casual use, the veteran attorney insists that there is no emergency in Dominica for the need of vaccination.

"...If there is an emergency, there is an emergency maybe in France and Italy, and other countries like England or India, the United States, or Brazil, but there is no emergency in Dominica. I think we can all agree and even if we don't, the facts are that there has not been one hospitalization recorded and or one death recorded, so we are actually immune in many ways from the disease."

He stands on the view that the Covid-19 shots are "not vaccines" as it has not reached clinical trials in order to be called a vaccine. Hence Shillingford says it's a misrepresentation that it is being branded as such.

"Both the CDC and the WHO state that in taking the vaccine, one will be participating in a clinical trial, and so our point and my legal point to Dominica, Dominicans and Dominican employers and employees is that it is only authorized for emergency use. There is clearly no emergency in Dominica. There should be no need to even take vaccines and certainly, it would be beyond the pale, and would be stepping law, human rights on every element of personal sovereignty over your body down the hatch."

Though he admitted that his Chambers have been unable to take any legal action as yet because the legal common law system does not allow for hypotheticals in court, "I cannot say what if they mandated vaccinations," Shillingford says they are following up on a complaint by employees of an establishment who were told that they must be vaccinated within two weeks prior to the UN delegation's arrival in Dominica.

Shillingford further noted that Dominica represents an element of the world that is untouched and every citizen should fight for the preservation of this purity.

He appealed to Dominica's Prime Minister, Roosevelt Skerrit, to stop the vaccinations and pointed to some major side effects.

"This is atrocious and we speak in the most serious, concerned manner that you Dominicans really need to be critical thinkers, you can lead the world because of your naturality. Please take on the mantle that God has given you by allowing you to be born in the most natural island state in the world."

Shillingford said the issue goes beyond class, gender, age, political affiliation and religion but the preservation and rights of each citizen to their body and what goes in it.

(Update-DHWA has informed the SUN of the following: Mr. Shillingford advised the DHWA on the legality of mandatory " jabs" for employees. He was not hired to make a video or complete any other work on behalf of DHWA).