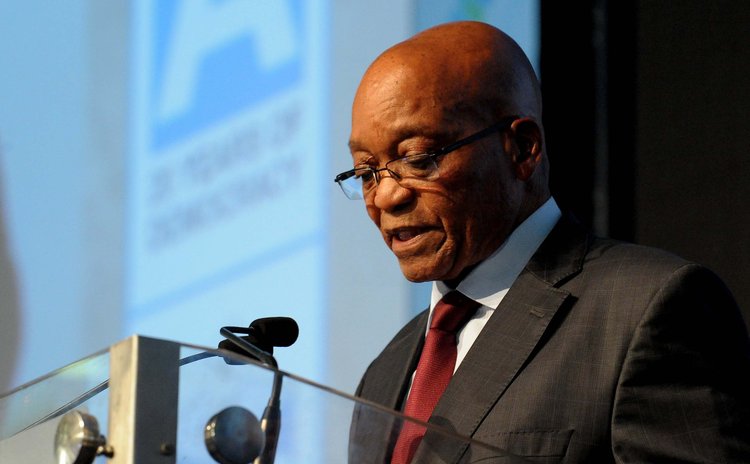 PRETORIA, May 10, 2014 (Xinhua) -- The President of South Africa Jacob Zuma addresses the election result conference of the Independent Electoral Commission (IEC) in Pretoria, South Africa, May 10, 20

Chief Justice Mogoeng Mogeng dismissed strong opposition from the opposition Democratic Alliance (DA) and declared Zuma, who was the only person nominated, the winner.

"My ruling is therefore to dismiss the point raised without costs," Mogoeng said.

Zuma bowed amid a standing ovation as the house cheered.

Zuma will be inaugurated on May 24 in Pretoria.

"Twenty years after democracy we stand a as proud nation, though votes they got South Africa's mandate and dare not fail them," Mbete said after being elected.

Mbete said members' interactions should be appropriate, adding that everyone is tired after the elections, but there is a lot of work ahead of them.

"Let each one of us represent our people with dignity and honor, " she said.

Also on Wednesday, 400 new MPs were sworn in at the first sitting of the fifth democratically-elected Parliament.

Mogoeng presided over the swearing in of the MPs, who are drawn from candidate lists of political parties that received enough votes in the May 7 general elections to qualify for seats in the NA.

In batches of 10, the new MPs made an oath and affirmed faithfulness to the country and obedience to the Constitution.

Approximately 42 percent of the new MPs are women. In terms of age, the oldest is 85 years old and the youngest 22 years old. The average age of the representatives is 50.