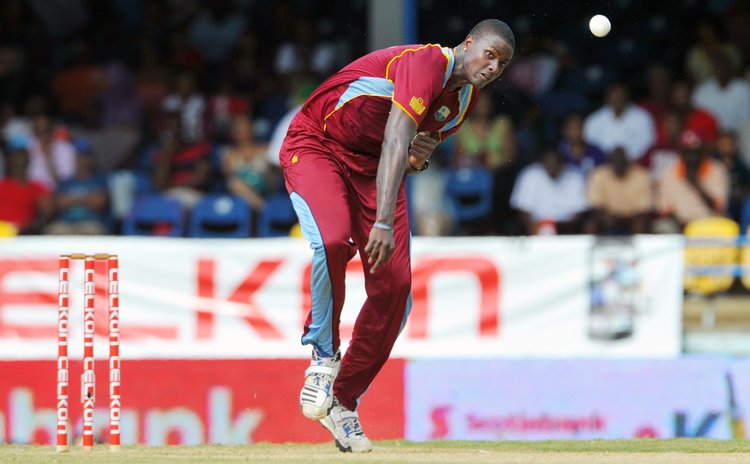 WICB thanked Bravo for his service to West Indies cricket in the capacity of the ODI Captain after taking over from Darren Sammy a year ago. The recommendation for transition of the captaincy role was made by the Clive Lloyd chaired Selection Panel and was approved by the Board of Directors.

Lloyd said that Holder's appointment was with an eye to the future.

"Jason is one of the good, young players who we believe will form part of the long-term future of West Indies Cricket. We expect him to be around for a very long time. He is a young man with a very bright future. We have invested in him. He was part of High Performance Centre and he also played for the West Indies Under-19 Team and the West Indies A Team," Lloyd said.

"He has played ODIs for the West Indies before and has done well. We know he will continue to grow and demonstrate leadership. He has a very good cricketing brain and has the makings of a very good leader," said the former legendary West Indies Captain as he gave the stamp of approval to Holder.

Lloyd added: "The selectors decided that now is the time to make the transition and Jason will have people around him to help and guide him. Some might say it's close to the time of next year's ICC Cricket World Cup in Australia and New Zealand but we know that we have a good One-Day team which can do very well."

Holder has appeared in 21 ODIs and has taken 29 wickets. He is highly regarded in his native Barbados and the wider Caribbean as possessing an astute cricketing mind and desirable leadership qualities. He previously served as Vice Captain of the West Indies A Team. Holder has also appeared in one Test and a T20 International.

His first assignment will be the West Indies five-match series in South Africa which follows the Test and T20 series.

Jonathan Carter has received his maiden overseas tour call and Narsingh Deonarine, makes a comeback after some strong recent performances. Left handed batsman Leon Johnson is retained and all-rounders Carlos Brathwaite and Andre Russell are also included in the squad which has the experienced top order duo of Chris Gayle (subject to fitness test) and Dwayne Smith.

Fast bowling will be handled by Jerome Taylor with support from Sheldon Cottrell. Sulieman Benn is the lone specialist spinner in the ODI squad. Kemar Roach, who was originally identified for selection, has joined the injury list. A replacement player will be named shortly.

"We have decided to introduce a few new players to the international stage and once they deliver the performances we are looking for we believe we have the right kind of foundation to take the game forward," Lloyd noted. "We are in a situation where we want to go up the ladder in all three formats and aim to form teams which will take us there."

15th member to be named shortly

All-rounder Darren Sammy continues to lead the West Indies Twenty20 team. Samuel Badree and Krishmar Santokie are also on the injury list. Ashley Nurse returns to the Windies squad after a three year hiatus. He will team up with countryman Benn in handling spin duties.

"We have some very good cricketers, who have done very well in the T20 format. We will again be led by Darren Sammy, who led us to a World Cup. He has been the leader for quite a while and I'm sure he will galvanize the players to look to win the series," Lloyd said.

"We will be without Badree and Santokie, who have both been excellent in the bowling department for us, but we have again introduced some new faces and expect them to acquit themselves very well."

All selections are contingent upon players signing the Match Tour Contract.