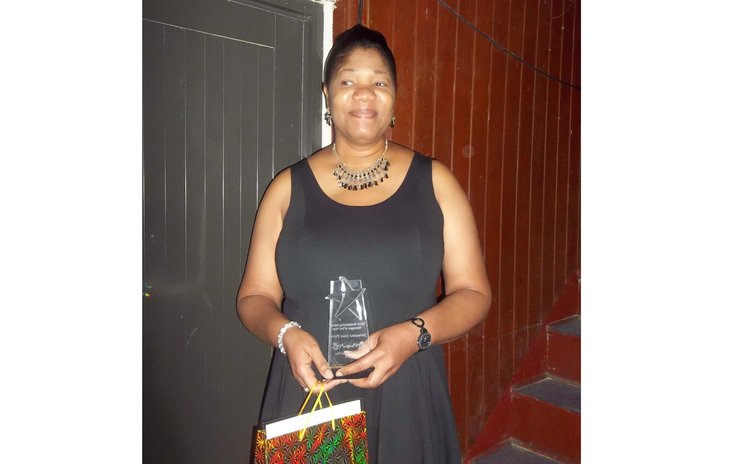 Jermaine Jean-Pierre, a civil servant for over 14 years, has won the Public Officer of the Year Award for 2015. An elated Jean Pierre said that despite the challenges, her award proves that hard work and dedication pays.

Seventy-seven current and retired public servants were recognised on January 9, 2015 at the Arawak House of Culture during the public service 2015 annual awards ceremony.

After the ceremony, Capitolin-Toussaint said she felt elated and excited.

"Once you are nominated for something there is definitely a little bit of expectation or rather hope that you win so I am very pleased tonight that I came out the winner," she said.

Meanwhile, Acting Prime Minister Justina Charles said that appreciation, praise and recognition are fundamental needs of humans and that the ceremony allowed the public servants to receive recognition for their performance and efforts in the service.

"It is generally accepted that the public service is indispensable to national development and the key driver of economic growth and sustainability," she said. "Your achievements have contributed significantly to strengthening efficiency in your various sectors which will ultimately lead to sustainable future for yourselves and your citizens of this beloved country."