Jerome Jno Lewis: Since I was a little boy I used to go and fish 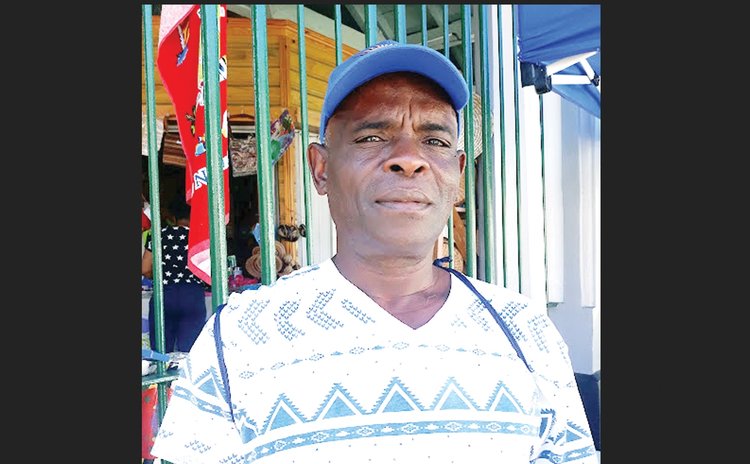 Scotts Head native and fisherman by profession, Jerome Jno Lewis started fishing almost 40 years ago as many young boys did then, on a small, makeshift boat which is considered anyone's 'beginner' boat.

"You know Scotts Head is a fishing village, so since I was a little boy, I used to go and fish on pwi pwi," the skilled fisherman disclosed to The Sun.

Jno Lewis was naturally into the trade because from the age of 18 he started venturing into the big channels, between Dominica and Martinique for example, and catching dolphins, tuna, marlin, and an array of big fishes.

This veteran fisherman who has been plying Dominica's waters for just under four decades has seen tides turn and observed the ebb and flow of the sea and the people.

He recalls that during his time catching, selling, and reselling fish, there have been no major challenges to speak of.

"We didn't have a big challenge in fishing in the time of our days, because in our days – back in the 80s - the gas was cheap, everything was cheap, even the fish was selling cheap," Jno Lewis said.

He is alarmed at what he describes as the present sky-high increase in prices. The cost of gas, cats gut, oil, hooks, and all other fishing equipment has soared.
"The price of fish has gone up as well and it is still not enough to make fishing profitable," Jno Lewis said. "Because right now the gas is expensive, everything is expensive on the backs of the fisherman."

Jno Lewis drew attention to other countries and what concessions are made for their fisherfolk. He would like to see Dominica follow suit.

"In other places like Martinique and Guadeloupe they have a different price of fuel for fishermen", he said. "But in Dominica, it is a flat price. As we have the Petro Caribe in Scotts Head I think the government should be controlling the gas in Scotts Head and put a certain price for fishermen."

A sea lover at heart, Jno Lewis notices trends, not just in fishing, but in those who subsequently join the industry.

"In our village, I am seeing less people fishing," he said. "Most of the young boys are not interested in fishing, I don't know the reason why. There are a few of them who are interested and a few who are not."

Despite the dwindling number of fishermen, Jno Lewis says this is still a lucrative industry.

"Fishing is a very good thing to get into, but right now the maintenance is very high. To go into fishing right now is very costly but it can be helpful to you," he said.

Jno Lewis's skillset does not start and stop with fishing. He is also well versed in the huckstering trade and has been at it for several years.

"I got involved in huckstering through my grandmother, deceased. Before she died she took me up to Guadeloupe and showed me the trade. She showed me everything," he said.

Jno Lewis got into the huckster trade early and has been selling anything from dasheen to plantain to tania to avocado. He says this line of work is also fraught with difficulties.

His word of advice for those who want to join this trade is simply this: "Huckstering is good, but you have to know how you working and use your discretion and use your senses."