Jireh Durand: I want to put Dominica on the map By Andrea Louis 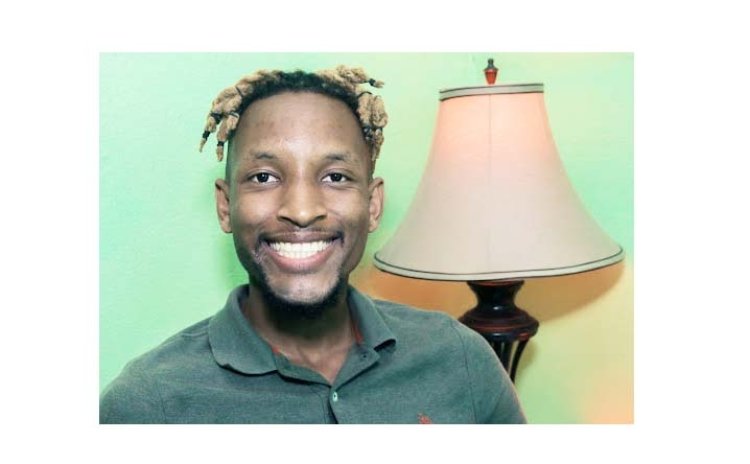 A 23-year social media entertainer is encouraging Dominicans to support local and be more vested in the creative industry.

Jireh Durand of Fortune got into the videography world a few years ago through interaction with friends already in the field. He eventually delved into vlogs but found out last August that his calling was in reaction videos.

"The reason I went into reactions is because I want to put Dominica on the map, I want to give artists a good amount of exposure," he said.

Reaction videos belong to a genre where creators record their spontaneous reactions while watching, or listening to a piece of existing content.

And that honesty is key.

Dominica has other individuals in the entertainment industry who post reaction videos, but Durand's aim is to stand out among the rest through regular and consistent posting of content.

He admits he encounters occasional challenges in reaching his goal of regularly uploading material.

"The fact is that this is my passion and I do it on the side like a hobby", he said. "Because I have to do other things to bring in revenue to pay off bills."

This young creator is pushing out content with the aim of getting monetized through his accumulation of watch time hours.

Durand, who owns the YouTube Channel Jireh Your Reactor, gets his motivation from the number of likes and subscribes to his channel and urges Dominicans to support his venture and that of other local entertainers.

He believes more individuals should utilize social media to follow, showcase, and further develop their passion.

"Of course! Look at America and the number of reactors there. The thing is people always want to hear somebody's point of view and the world is controversial," Durand said.

He cautions youth and others interested in pursuing careers on social media to choose their path wisely. "If it's not your thing, don't do it," he said. "Don't go out there and pretend, don't' go out there and fake. There are different things people can do on YouTube, you can do vlogs, travel videos, pranks, etc."

He encouraged those seriously considering this path to not be deterred by current circumstances.

"First of all you start, that's just it," he said. "Forget about everything else and just start. If your quality is bad but your content is good you will still get the same response."

In order for this means of exposing Dominica to take off, Durand believes government and the private sector need to take a deeper interest in this branch of the entertainment industry.

"I feel they should boost the effort," he said. "They should really start giving to us, and it's not just giving, it's an investment."

Having moved from vlogs to producing his own reaction videos, Jireh has plans to go even further on this journey.

"Next few years I really want to have that reaction channel be flowing, be at a point where I don't have to edit my own reactions. In the future I want to be involved in films, movie-making; I don't want to just stay in the music-making or ads genre, I want to be an editor, director, colourist", he said.

The benefits of Jireh's mindset will also trickle down financially to others in the industry. His focus on entering the world of full-length films will leave the door open, in his plan, for others to be gainfully employed editing and producing videos.

"I want Dominicans to understand and support not just the youth but anybody who is doing something like that, entertainment, videography, photography, freelancers. You would rather see those people do those things than see them on the block wasting their life away."