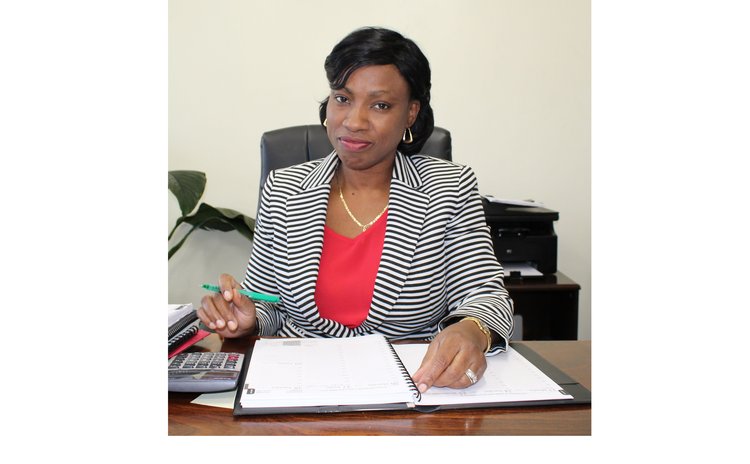 Maylina Matthew Jno Ville has filled the post of Director of Audit, left vacant in November 2015 when Clarence Christian retired. She thus became the first female to be appointed in that post.

Mrs. Jno Ville has been employed with the Government of Dominica from August 1993. She first worked with the Ministry of Communications, Works and Housing and was placed at the General Post Office for four months. She then moved to the Administrative Section of the Ministry where she served in various capacities.

According to Mrs. Jno Ville, during her tenure at the Ministry of Communications, Works and Housing she served short stints of six months and three months at the President's Office during the presidency of Mr. Vernon L. Shaw and at the Establishment, Training and Personnel Departments, respectively.

She told the SUN that she felt "very pleased, honoured and humbled to be appointed in the position of Director of Audit."

"It has always been my aspiration that one day I would assume a leadership position within the Public Service. I however did not anticipate it to be that soon. I am always guided by the quote: "All our dreams can come true, if we have the courage to pursue them", she said.

She added: "There have been frequent acknowledgements of my commitment and outstanding performance by the Heads of Departments whom I worked with and in 2002 one such acknowledgement is the receipt of the Public Service Award for being the most outstanding Junior Officer within the Ministry. I was transferred on promotion to the Audit Department in January of 2009."

Mrs. Jno Ville is currently pursuing a Masters degree in Accounting and Finance with London School of International Business; she's due to complete the course this year.

"I am prepared to pursue my functions in a professional manner as vested in the Constitution and Audit Act of the Commonwealth of Dominica. As an ambitious and hardworking individual I have been able to successfully combine my studies with work and other personal commitments showing myself to be self-motivated, organized and capable of working under pressure...I strive for quality in everything I do," she said.