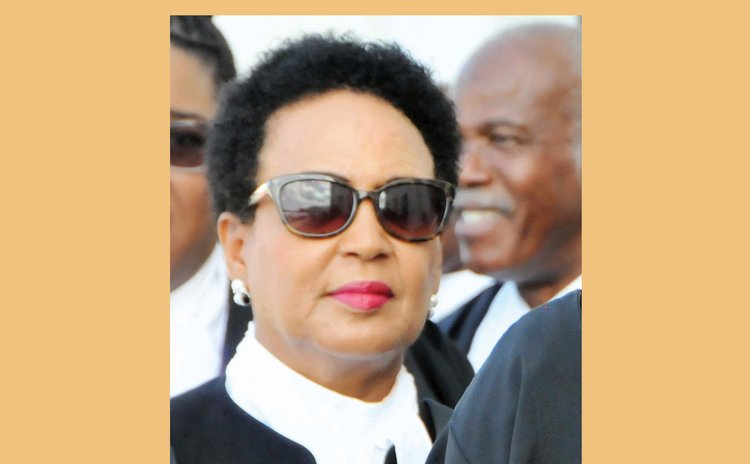 Noreen Hilda John, an Attorney at law, has jumped into the current political tidal wave by becoming the opposition United Workers Party (UWP) candidate for the Grand Bay constituency.

"I was born and raised in La-lay Grand Bay and I know the constituency. I am a very community-oriented person," John told the Sun. "It is not going to be easy in that constituency…it is also a tough decision for me but I have talked to my family about it and given my commitment."

John holds a B.A. (Econ.); an M.A. in International Relations and an MSc in Social Policy and Planning. And she has worked with the Commonwealth Secretariat in London on governance and institutional development programmes in Commonwealth member countries.

"I have had over 15 years' experience in development assistance including research, management of projects and programmes through international development cooperation," John is quoted by the Dominica Academy of Arts and Science Alphabetical Directory.

She was the director of the Legal Aid Clinic in Dominica, the unit that provides the less fortunate with legal assistance. John was also actively involved in the women movement in Dominica and in Grand Bay. She was a member of the Grand Bay Reunion Committee of 2006. She now practices Law as a member of the Noreen John and Associates Law Office in Roseau.

John is expected to battle Edward Registe of the Dominica Labour Party (DLP) in what is commonly known as one of the most staunchly Labour strongholds in Dominica. Registe is the chairman of the Grand Bay Village Council, Deputy Speaker of the Dominica House of Assembly and Secretary of the DLP. He replaced Justina Charles (now Riviere- she remarried on April 28, 2019) the wife of deceased Prime Minister Pierre Charles.

Over the past general elections, the UWP has not done well in the Grand Bay constituency. In 1995 the DLP polled 1,420 votes, the Dominica Freedom Party (DFP) 423 and the UWP 93.

Persons from the community describe John as a deep-rooted community person.

"I have no doubt in my mind about her capabilities… she is well-qualified and we will give her the full support," a Grand Bay supporter who wanted to remain anonymous said.

John and the other 20 candidates of the UWP are expected to be launched on 19 May, 2019 in what the party describes as an "historic" event in Roseau.