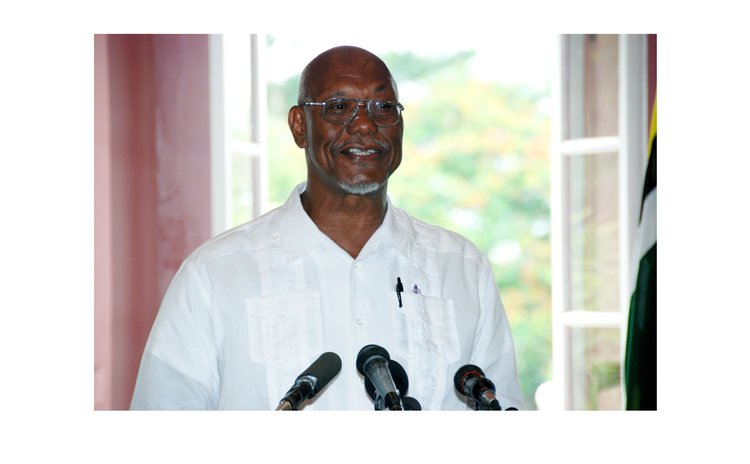 Julian Johnson, Chairman of the Former Integrity Commission of Dominica (September 2008 - December 2015) has commended His Excellency Dr. Hage Geingob, President of the Republic of Namibia for the voluntary public declaration of his income, assets and liabilities and that of his wife which was made when he took up office last year.

Johnson was at the time speaking on the subject "Anti-Corruption efforts in the Commonwealth Caribbean" to the 6th Annual General Meeting and Conference for the Heads of Anti-Corruption Agencies in Commonwealth Africa, held at the Strand Hotel, Swakopmund in Namibia from the 31 May to 4 June 2016.

The President of Namibia in his address to the Conference stated that his voluntary public disclosure of assets was made because he believed "that transparency starts at the top. We are deeply convinced that accountability and transparency are important for shared, inclusive and sustained economic development, which in turn is required for poverty eradication… the declarations of income and assets will be assessed for potential conflict of interest."

In endorsing the action and the reasons for the decision of the President of Namibia, Johnson stated that this approach finds support in Commonwealth Caribbean common-law learning which opine that the purpose of anti-corruption legislation is to preserve the dignity and integrity of public officials, including Heads of States and to ensure honesty and impartiality in the exercise of their functions.

Johnson also emphasized the advice of the President of Namibia to anti-corruption bodies that they must continue to aggressively and fearlessly pursue their statutory duties and build reputable agencies.

In his presentation to the Conference, Johnson reported on activities undertaken by anti-corruption bodies in the Commonwealth Caribbean and the challenges that confront them. He gave details of the two meetings of the Commonwealth Caribbean Association of Integrity Commissions and Anti-Corruption Bodies held in Grenada in June 2015 and in Trinidad & Tobago in February 2016.

In addressing the challenges facing integrity commissions in performing their statutory duties, he referred to the situation in Jamaica (2010-2013) and Dominica (2014-2015) where there was inordinate delay by the Executive in tabling in Parliament the annual reports of these oversight bodies. He also mentioned the dormant Commissions, their operational independence and internal faultiness.

In the context of the "rule of law and the exercise of power" Johnson referred to the decision of the Contractor General of Jamaica to institute judicial review proceedings against the Director of Public Prosecutions of Jamaica when the DPP declined to act on the Special Report of his office arising from investigations of nepotism, conflict of interest and impropriety in the award of government contracts by a parish council to persons affiliated with the Mayor pursuant to sections 15 & 16 to the Contractor-General Act. The Contractor-General discontinued the application to the Supreme Court at the end of 2015 when the DPP acknowledged her misinterpretation of the law and subsequently instituted criminal proceedings against the Mayor of the parish council.

Johnson also referred to the grounds of appeal filed by the Former Integrity Commission of Dominica in October 2015 in the case of Integrity Commission v Attorney General of Dominica seeking the true construction of sections 16(2) and 22 of the Integrity in Public Office Act 2003 and concerning the obligation of a person in public life (a former Minister of Government who was elected President) to comply with the Act of 2003 and on the Commission's statutory obligation to publish that fact in the Official Gazette and section 27 of the Constitution which affords a sitting President immunity from "criminal proceedings". In its Sixth Annual Report to Parliament on this matter, the Integrity Commission stated: "A fundamental principle of constitutional democracy enshrined in the preamble to the Constitution of Dominica is the Rule of Law which subjects all persons and authorities to the Laws of Dominica and excludes the idea of any exemption of officials or others from the duty of obedience to the laws of Dominica. While the courts have been astute to preserve the immunity afforded a Head of State they have never conceded that such an officer is privileged to act in a way that the Law does not authorize". The Integrity in Public Office (Amendment )Act 2015 enacted in December 2015 dissolved the Former Integrity Commission and replaced it with a Commission of three persons and exempted the President from filling a declaration of financial disclosure with the Commission under the Act of 2003.

The Conference was hosted by the Integrity Commission of Namibia and the Commonwealth Secretariat.