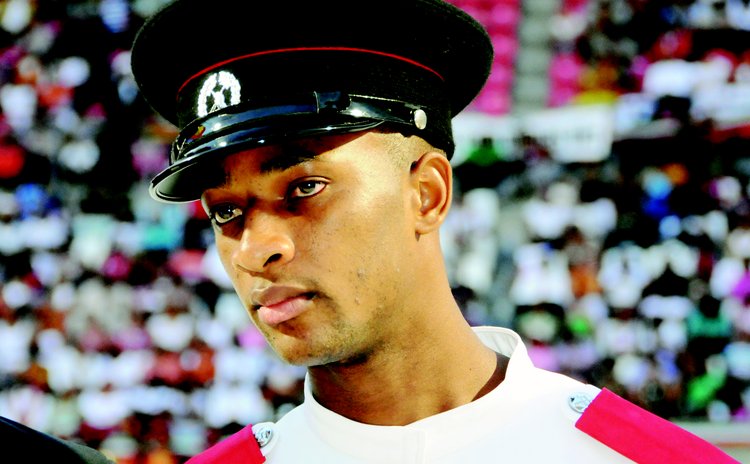 Joselyn Jean-Pierre Prince is the epitome of an unlikely hero. He's that unassuming what-you-see-is-what-you-get young man who was at the right place at the right time to demonstrate to Dominicans that heroes are, more often than not, ordinary people doing extraordinary things. He showed us that true heroes do not don capes like Christopher "Superman" Reeves, have no in-your-face Arnold Schwarzenegger devil-may-care attitude. Leave that to the movies. Real heroes, like Prince, just do it, thank you very much.

Dominica's need for a true hero arose when Prince, his coach Kirt Hector and fellow footballer Rohan Jno. Hope were travelling from the eastern villages of Laplaine and Grand Fond to join the other members of the national football team who later that week were scheduled to participate in a football tournament in St. Vincent and the Grenadines.

It was 3AM and the night was as dark as a remote street in hell; visibility was just a few feet beyond the windshield of the vehicle on which thousands of raindrops danced like crazed locusts. And as fate would have it, a large part of the road, undermined by a stream that had swelled that night into an angry raging river, collapsed creating a 30-foot death trap. The vehicle plunged into the dark jaws of hell that crushed metal and plastic and rubber and bones. Hector died. Jno Hope too.

Miraculously, Prince survived; he crept, blindly in the dark rainy night, up the sides of the steep gorge onto the main road. There the injured Prince performed the incredible self-less act of keeping other vehicles and passengers away from the ordeal that he had just experienced, away from almost certain death.

For this act, the Sun names Joselyn Jean-Pierre Prince as its 2013 Person-of-the-Year. Other contenders included Lennox Linton, the new United Workers Party (UWP) political leader and the lovely Miss Dominica, Leslassa Armour-Shillingford. In 2013 Linton, the Sun's 2011 Person-of-the-Year, breathed new hope into a battle-weary emaciated opposition, injected it with new energy and fueled the new team with a potent message that, assuming they can play at the level of their potential, could win the next "test"- the upcoming general elections. One thing is certain, politics in Dominica has not been the same since Double L replaced Edie of Marigot.

Then there is the beauty, Leslassa Armour Shillingford who, incidentally, told students attending the Youth Rally last November that, contrary to popular belief, they were not the future but "the now". Although Leslassa did not win the Miss World pageant held in Indonesia in October but by her strong performances she made all Dominicans smile broader, walk lighter, proud to be natives of the Nature Isle of the world. Like Linton, Leslassa could have been named the Sun's Person-of-the-Year.