Joseph Isaac: "History will absolve me" 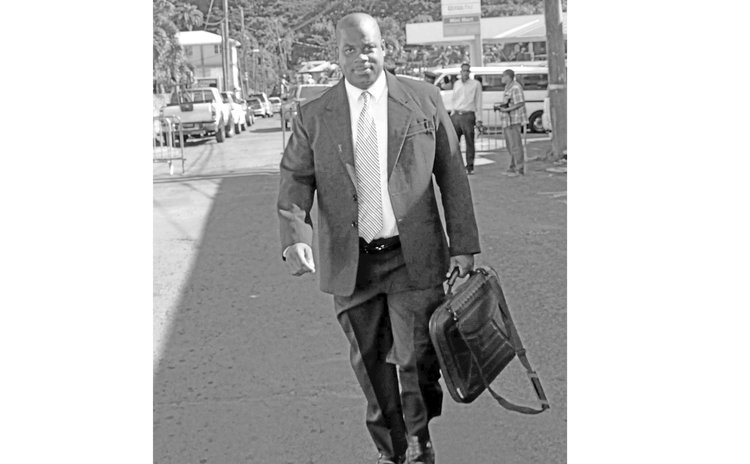 Vilified by the people who just weeks ago said they treasured him, and at once praised effusively by others who recently loathed him, Roseau Central Parliamentary Representative Joseph Isaac, dressed in a blue suit and a blue tie adorned by many white dots, made his first appearance in the House of Assembly, as a minister of Government, last week.

There and then the political chorography that has absorbed Dominicans for weeks intensified.

In parliament at the beginning of the last meeting, Isaac claimed that he was being slaughtered, metaphorically, for the good of Dominica as that country struggles to recover following its decimation by Hurricane Maria.

"I am just a sacrificial lamb in that process of rebuilding," Isaac told his newly formed associates, as well as his recently acquired opponents who sat stone-faced watching Isaac on the Government's side of the House as if they couldn't believe what they were hearing and seeing.

In April Isaac shocked Dominicans, even his party leader, when he revealed that he had become an "independent" candidate-whatever that means in Dominican politics.

Isaac said at a press conference at the Windsor Park Sports stadium that he had solicited the advice of many Dominicans before taking the decision, one that left him with "a heavy heart".

"I have decided that we will be better served in the interest of all concerned if I step away from the United Workers Party and pursue the interest of Roseau Central and Dominica as an independent member of parliament," Isaac said reading from a prepared speech.

Since then the Roseau Central MP has been pilloried on social media by supporters of the UWP. His former followers branded him a traitor; they sang lines from calypsonian Observer's "Give me Back my Vote"; they said he traded his integrity for an un-bestowed title; they played letter games with Joseph Isaac declaring that his initials (JI) stands for Judas Iscariot, the disciple who betrayed Jesus; they claimed prime minister Skerrit was setting him up to fail by offering one of the most challenging portfolios.

"I wish him luck, he's gonna need it," another former fan said on Facebook.

When he discarded the UWP, Isaac said he was taking on an independent position in politics but in parliament last week, "independence" was far from anything that Isaac displayed: he praised his prime minister; he championed his cabinet's policies and programmes; he cheered when he thought his new colleagues made a significant statement.

And members of the Government welcomed him to the fold like a prodigal son.

Reginald Austrie, the Agriculture Minister, Isaac's vociferous critic when he was a member of the opposition, said he found that Isaac "in making his point in parliament he was always very objective."

Austrie then told Isaac: "We want to assure you that you are in the hands of a caring family and we will defend you when we have to; we will take care and ensure that the vultures out there don't destroy you. Welcome, Joseph Isaac, welcome".

Ian Douglas, the Trade Minister, told Isaac, "you are in good hands and you have a bright and wonderful future ahead of you".

And Prime Minister Skerrit said he has always believed and expressed the view that the Dominica Labour Party did not have a monopoly on ideas.

"There should be no reason why we cannot work together for the benefit of Dominica," Skerrit said. "Negativism will never serve the people, Madame Speaker. This politics was never meant to be a blood sport; it was never meant to maim people, to defame people."

"Doing something new is always a lonely process," Isaac said when he rose to thank those who had just congratulated him. "For those who don't catch the vision and don't understand this mission of selflessness I say according to Fidel Castro, it doesn't matter what you think now but history will absolve me."