Roseau South Member of Parliament, Joshua Francis, is back on the frontline of the UWP combat zone 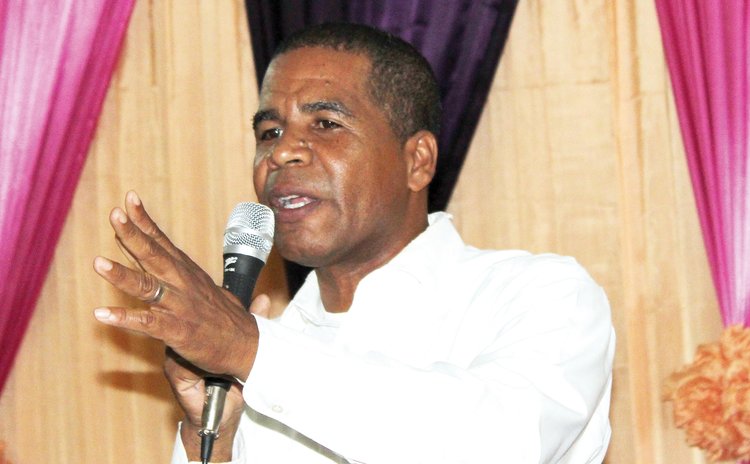 Joshua Francis, the embattled member of parliament for the Roseau South constituency, says he's fully back within the ranks of the leadership of the opposition United Workers Party (UWP).

Some say he has never left, although a door was slammed in his face in 2016.

But it is undeniable that since Francis was arrested and charged for inappropriate behavior with a minor, the MP has been at odds with Lennox Linton, the UWP political leader.

Now, Francis suggests that though he's walked through the political valley of death he fears no evil.

"Over the past few months, your parliamentary representative has had to walk a very rugged road, a road that has been dark sometimes lonely, treacherous and sometimes discouraging," Francis told supporters at a town hall meeting at the Loubiere Resource Centre on March 22, 2017.

"But, the past is the past whether good or bad. I am confident, resolute and reconfigured."

So, he's back and just as the late pop star Michael Jackson sang in 1987, Francis has chimed "I'm bad".

"Tell Roosevelt Skerrit I am back and bad, enough is enough and he cannot touch the Roseau South, I have my roots in Vielle Case and I can beat him if I contest Vieille Case," he said.

Francis told his supporters that his legal problems were "part of a political trap which will eventually melt away and I will walk away from it untouched."

Francis said he has been through so many "trials and tribulations" that he told himself: "I got to give it up."

"Many came to me saying Josh, it is not worth it, you will lose your family, your wealth and practice; leave politics alone. But I said to them that I think that my steps are ordered by the Lord," he said.

Apparently the Lord is leading Francis "to a better place and life with the United Workers Party and Team Dominica," he told his supporters, to loud applause.

And soon he will "be joining the campaign with the UWP national executive and be around the island as we speak out on the issues affecting you and people in the country."

But the unanswered question is whether Francis and Linton have mended fences and what then is the nature of this marriage of convenience.

Recall that about a year ago and after having achieved the unthinkable by defeating Ambrose George, the seemingly invincible Dominica Labour Party Roseau South representative in the last general election, Francis found himself in the unenviable position of having his own leader turn on him.

After Francis faced police charges, Linton publicly called on his deputy to step down and the widening schism appeared even more gaping in April 2016 when Linton announced that a no confidence motion would be tabled at the party's delegates' conference in Mahaut on April 24, seeking Francis' removal as the UWP's second in command. Eventually, since Francis did not jump, he was pushed.

Now that Francis has climbed back to the frontline of the UWP combat zone, the question is, will Francis regain his position and sit at the right hand of party leader Linton.

That's the question we wanted to ask Ronald Charles, the UWP president, but he could not be reached for comments.