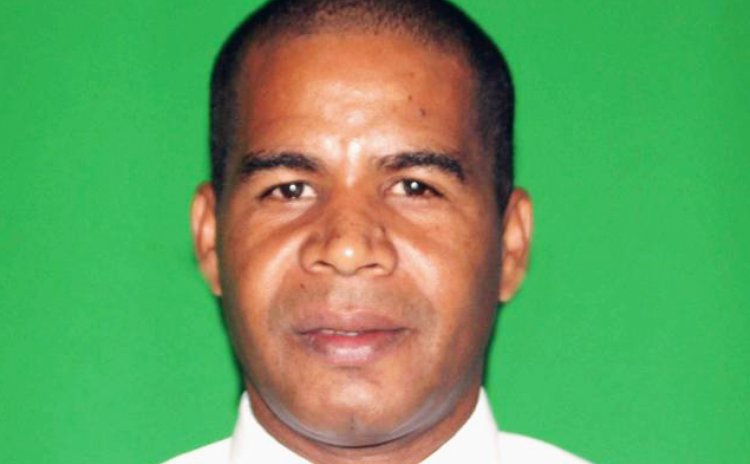 Attorney at law Joshua "Sikiri" Francis has says he has an interest in representing the people of the Roseau South constituency on a United Workers Party (UWP) ticket at the next general elections but his wife will have the final say in that matter.

"I have a wife and two young kids, I must get a yes from my wife before I get into politics," he said. "She determines if I go that way or not."

In an exclusive interview with the SUN Francis said that "the truth is that people from the Roseau South constituency have approached me and want me to represent them on a United Workers Party (UWP) ticket. Since then, members of the executive of the UWP have had discussions with me to determine my interest.

"Other persons who are not part of the Roseau constituency have also contacted me and this has generated my interest. Had it been left to me alone making that determination I would say no. I have been in a lawyer for three years and in private practice for just one year now but a person in my situation can get involved in politics and still be a lawyer and do well. I am a very positive person and will continue in that way," he said.

According to Francis, "on paper Ambrose George is a formidable candidate" since he won handsomely (last election) but "I am in the constituency daily and subjectively I see no reason why I can't swing the votes."

Francis said he was very discouraged by what he has been hearing that potential candidates are being paid to enter into politics.

"That is not good at all and so we should not allow ourselves to be deceived," he said.

"I want to be a candidate with a difference. I am an honest and clean person and that will be my brand of politics. However, I need to make it clear that I have not yet sat with the hierarchy of the party to spell out my philosophy for them since mine and theirs may differ. The politics that I am hearing is of hate and gutter politics and I am not for that. I am a people's person and in representing the people of Roseau South, I will be representing Labourites, Workers, Freedomites and the Independents," he stated.

Politics in Dominica right now is he said is "discouraging" and that's a factor that he has to consider. "There is the discouragement of internalization and encouragement of handouts. I am interested in issues, debates etc; there are too many lies, deception and mudslinging," he said.

He said that while he was "satisfied" that something has been done by government, he was "highly dissatisfied" with the moral decay that has enveloped Dominica.

"Our level of governance is questionable and we have not stood sufficiently for meritocracy, for integrity and honesty. When the moral fabric of a country starts to decay we have to be concerned. We must be serious with ourselves, we have a high rate of unemployment in Dominica…the government could have done better; they were given that opportunity, they have not been able to deliver half of the promise to the people and so the electorate has to make that an issue and that is why people are asking for a change," Francis stated.