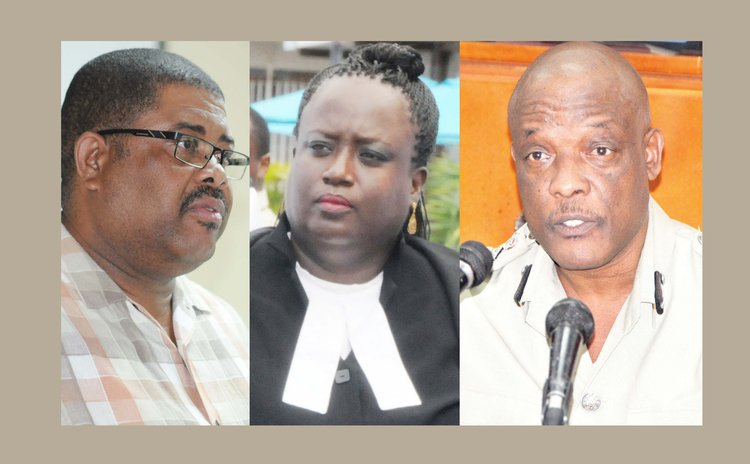 High Court Judge Bernie Stephenson has granted leave to Wayne James for judicial review in a case against Commissioner of Police Daniel Carbon.

After the incident, Richards had written to Chief Carbon asking why police officers had confiscated his client's gun and why he had declared that James, a former policeman, was "unfit" to hold a licensed firearm.

Filed on July 18, 2016, James' request for judicial review stated that he held a firearm license since September 2010 and that he regularly paid the license fee.

"I consequently held an expectation that the said license would not be revoked and my right to keep and use the said firearm would not be terminated by the Chief of Police except for good known to law, of which the Chief of Police would inform me," James wrote in his affidavit. He said two days after the police took away his gun his home was burglarized. James lives and operates a business in Sylvania, a remote area near Pond Case, on the road to the Douglas Charles Airport.

According to Justice Stephenson, in a judicial review the court is mindful of the fact that it is called upon not to review the merits of the Police Commissioner's decision but rather to consider whether James has made out a case that the procedure adopted by the Commissioner was unfair, unreasonable or in violation of the principles of natural justice.

Lawyer Gildon Richards, on behalf of the applicant, argued that the Police Commissioner was required by law to first have a meeting with James and to inform him of the reasons why he was confiscating his gun.

However, Dr. Eddie Ventose who along with Jo-Anne Xavier Cuffy appeared for the Chief of Police and the Attorney General argued that there was an alternative remedy available to James and therefore the application for leave should not be granted.

But while Richards agreed that there was an alternative action he argued that given the circumstances of the case judicial review was the best and proper alternative for his client.

"Clearly this seems to me to be a cause of action, to apply for judicial review and in the circumstances of this case appeal may not be the way to go," the Judge said.

She continued: "I would agree with Learned Counsel Mr. Richards that there are unusual circumstances in this case warranting the granting of leave even though there is the option of appealing the COP's decision those circumstances being: (i) the alleged breach of natural justice; (ii) the perceived negative implications of the decision of the applicant's reputation which amongst other things convey the impression that the applicant is guilty of criminal misconduct and that he could not be entrusted with a license to keep a firearm; (iii) the applicant's claim for damages and mandamus which will not be available in the appeal process.

"The Court's order is therefore that…leave is granted to the applicant to seek judicial review. The application making a claim for judicial review must be filed within fourteen days of today."