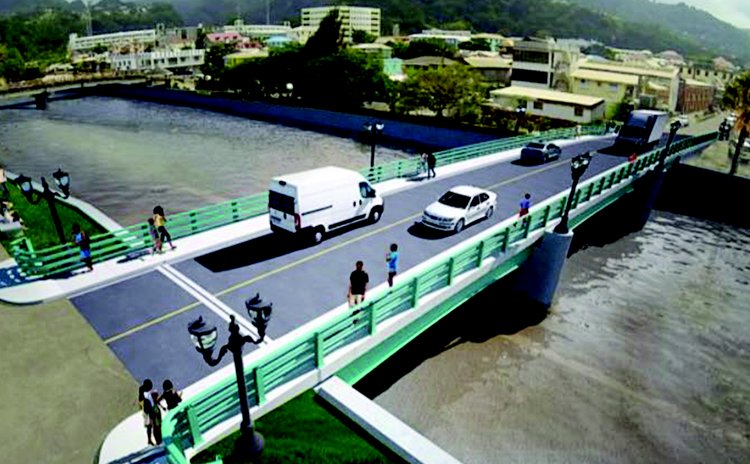 High court Judge Bernie Stephenson last week dismissed an application for judicial review for three associations of contractors, engineers and architects who two years ago charged that the Government of Dominica had illegally, in contravention of the Public Procurement and Contract Administration Act of 2013, granted a contract to a company for the construction of an EC$18 million bridge over the Roseau River. The contractors completed that bridge in May 2017.

To put it simply, Judge Stephenson has declared that the potential applicants did not have an arguable case and hence the matter would not go to trial.

"I am of the respectful opinion that the decision to enter into the contract with NSG does not fall within the provisions of the Act and therefore even though the applicants have sufficient interest, the decision which they seek to impugn is not subject to the terms of the Act and in the circumstances of the case the applicants do not have an arguable case with a reasonable prospect of success," Judge Stephenson wrote in the 20-page judgement.

Essentially, the applicants - Builders and Contractors Association of Dominica (BCAD); Dominica Society of Architects (DSA) and the Dominica Association of Professional Engineers (DAPE)- wanted Judge Stephenson's court to review Government's decision to award the contract to the Barbados-based NSG Management and Technical Services Limited in April 2016.

The objective of the court's judicial review in that instance was "to filter out claims which are groundless or hopeless at an early stage," Judge Stephenson wrote in her judgement.

"It is the applicants' main contention that the award of the contract is unlawful because it was not awarded within the confines of the Public Procurement and Contract Administration Act," the Judge wrote, adding that the court was at that stage only concerned about the process of granting the contract and not the contract itself.

Government's lawyers, led by Anthony Astaphan SC, argued that a memorandum of understanding between Government and the MSG was in effect before the procurement law was enacted; while the "intended" applicants' lawyers, led by Ronald Armour SC, were of the view that the terms of the MOU revealed that "the parties to the MOU were in fact agreeing that procurement proceedings as contemplated by the Procurement Act for the Contract would be undertaken at a later stage that is when the contracts were being negotiated," the judge wrote.

Astaphan also contended, as Judge Stephenson stated, that Section 109 of the Procurement Act "is a transitional provision and that once procurement proceedings have started and have not been determined the procurement will continue as if the Act had not been brought into effect and therefore the decision to award the contract is not to be considered within the confines of the Act".

The Judge wrote that Astaphan further argued: "It therefore follows, that the decision to award the contract cannot be contrary to the Act and an application to review and challenge the decision as such has no hope of succeeding. In those circumstances Leave cannot be given to review the decision".

In the end, after much augment about the meaning of the word "procurement" Judge Stephenson agreed with the position of government's lawyers.

"The evidence before the court is that the Government of Dominica through its representatives were in discussions with the NSG prior to the commencement of the Act. Therefore it is only fair to say that the MOU as signed is a culmination of the discussions between the Government and NSG," the Judge wrote in the judgement. "For the above stated reasons it is this Court's finding that the Contract does not fall within the confines of the Act and is in fact excluded and in the circumstances leave cannot be granted".

The "intended" applicants have not made a public statement following the court's ruling. Several calls to the phone of Anthony Leblanc, president of BCAD, for his comments and reactions, were not answered.