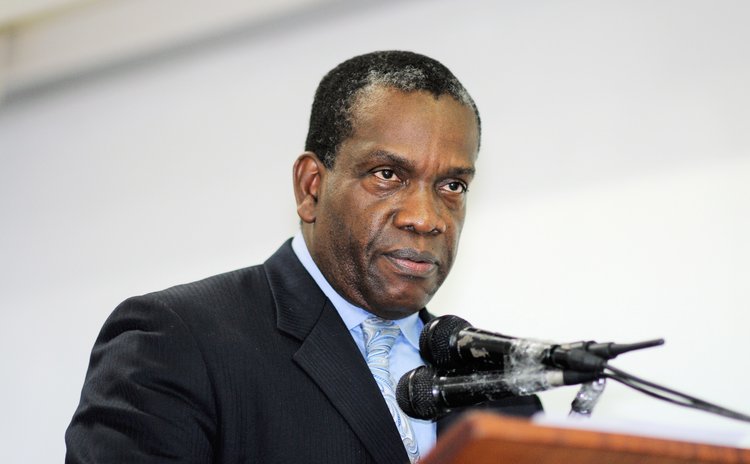 Lennox Linton, the Leader of the Opposition United Workers Party (UWP) has stated that the UWP will appeal the decision of High court Judge Raulston Glasgow who last week dismissed all ten election petitions that the UWP filed after the December 2019 general elections.

In his 120-page judgment, Justice Glasgow said: "The pleadings failed to include particulars that would seek to identify whether the claims breached all the irregularities affected or may have affected the outcome of the elections."

But Linton slammed the decision of Justice Glasgow.

"We did not ask you about your perception of how election campaigns should go…we asked a question of law that requires you as the Judge to interpret and rule on the law. So what's in your head, we saw a number of free entertainment events with the Labour Party bringing in all these hundreds and thousands dollar artistes to perform for free at their campaign events and the judge tells us he does not want to hear it," Linton said.

"We are duty bound to appeal this decision of Judge Glasgow. At the very least, the appeal court, having decided in the Nevis case of Brantley & others then we want to see what happens to us in our jurisprudence."

Linton urged the court to "speedily make available the written decision" so that their lawyers can start to make preparations for the appeal.

Court documents obtained by the Sun showed that the UWP claimed that there were: "breach of electoral laws"; an incorrect nomination date was gazetted; objections to persons on the voters list were widespread; treating occurred such as the payment of international Reggae artiste Tarus Riley, Popcaan, Donnie McClurkin and Yolanda Adams; importation of voters; lack of access to State-owned media specifically DBS Radio; intimidation and police brutality.

Reacting after the judgement was handed down last week, Linton said justice, truth and democracy was not served.

But Anthony Astaphan SC, who led the case for the government, said these ten struck-out petitions have to be added to the others of 2005 and of 2009.

"These are now 20 election petitions being struck out…you have no facts and the comments and allegations on Q-95 are not facts," he said. "The electoral observers said the elections were free and fair and reflected the will of the people…I think they need to shut up. When you lose 20 you have to start looking in the mirror and stop blaming others but yourself".

Judge Glasgow also said that while it was not the norm to award cost of such matters, he would depart from the norm.

"I have found good reasons to depart from these principles to strike out these petitions. The petitioners have repeated everything verbatim; they could have done that under a single or at the most two petitions. Instead they had to waste paper, time and money to respond to all ten petitioners which was unnecessary," he said. "I hereby order that all ten petitions be struck out and award cost of $5,000 to the respondents."