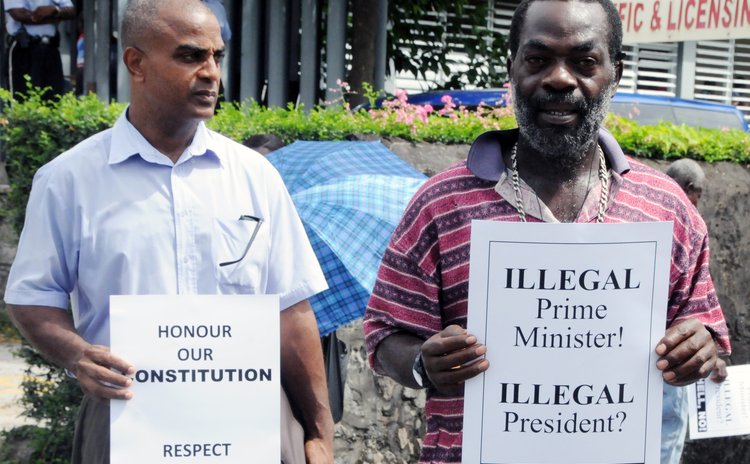 High Court Judge Trinidad-born Lionel Jones has ruled that a case brought by the Opposition United Workers Party (UWP) challenging the process by which President Eliud Williams was elected President of Dominica should proceed to trial.

In his 12 page judgment issue last Friday, Justice Jones wrote: "I have given careful consideration to the arguments and authorities cited in this matter and in all the circumstances, I hold that the Court has jurisdiction and the claim in not frivolous, vexatious nor an abuse of the process of the court".

"The Framers of the Constitution of the Commonwealth of Dominica never intended that the election of the President, the Head of State should become entangled in controversy. The role of every participant in the process is clearly spelt out. But like in all spheres of life dispute arises from time to time," Justice Jones wrote.

He stated that the case involves a dispute in a matter in which the rules were laid down by the Constitution and as such the Court as guardian of the Constitution must be the final arbiter.

"In this case the evidence which is so far not disputed raises in my view a number of issues that need further elucidation. In the premises, I dismiss the application and I order that the case proceed to trial," he said.

Senior Counsel Alick Lawrence has given notice that they will appeal the matter and Justice Jones despite giving instructions for documents to be filed for trial, has also given permission for the appeal.

Earlier, the UWP filed documents in court challenging the validity of the election of President Williams.

"The nomination by Prime Minister Roosevelt Skerrit of Mr. Eliud Williams for election to the office of the President of the Commonwealth of Dominica, without first consulting with the Leader of the opposition in observance of compliance with the provisions of section 19 sub sections (1) was unconstitutional, null void and of no lawful effect," the court documents reads.

The UWP was also seeking a declaration from the courts on the action of Speaker Boyd-Knights when she summoned the House of Assembly on September 17, 2012 "knowing that there was no consultation or proper consultation by the Prime Minister with the Leader of the Opposition in compliance with the provisions of section 19 sub sections (1) of the Commonwealth of Dominica Constitution."

And finally the UWP has asked the court to declare "that the purported election of President Eliud Williams by the House of Assembly, meeting on September 17, 2012 is "unconstitutional, null, void and of no lawful effect.

When Parliament elected President Williams in October 2012, the UWP did not vote and instead supporters demonstrated for a few hours near the Parliament Building on High Street.