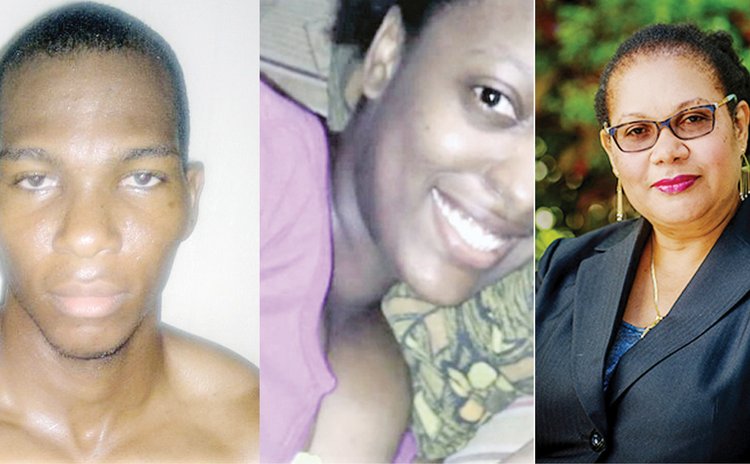 Justice Wynante Adrien-Roberts, who conducted the 28-day trial of Rodman Moses Lewis, 32, of Goodwill, has deferred her sentence for a later date after listening to submissions from the state prosecutor and defense lawyer at the Roseau High Court on Friday, May 7, 2021.

The trial judge told the court that her sentence would be handed down soon, but did not set a date.

Rodman Lewis was found guilty of the murder of his former girlfriend Triscia Riviere, 26, of Stock Farm on Cherry Lane, Stock Farm on Tuesday, November 3, 2015, by a jury of five men and four women on Thursday, November 13, 2020, after a trial which began on Monday, October 5, 2020. Twenty-two witnesses gave evidence for the state.

In her report, psychiatrist Dr. Nadia Wallace, and under cross-examination by defense counsel, stated that the prisoner was mentally fit in spite of having been treated at the Psychiatric Unit (APU) of the Dominica China Friendship Hospital for five days following an attempted suicide shortly after being arrested for killing his child's mother in 2015.

The doctor suggested that the former prison officer was being manipulative because he was able to get improvements to prison conditions by writing letters to the appropriate people.

Attorney Commodore said Lewis was remorseful because he had written the deceased mother expressing his regrets and could be rehabilitated. He asked the Judge to take these points into consideration in handing down her sentence. He suggested 20 years as an appropriate sentence.

Acting Director of Public Prosecutions, Sherma Dalrymple, who prosecuted the case for the State, would like the death sentence for Rodman Lewis because he was yet to take responsibility for the murder of his girlfriend and could not be rehabilitated.