Judith Joyce: I fell in love with Dominica the minute I arrived 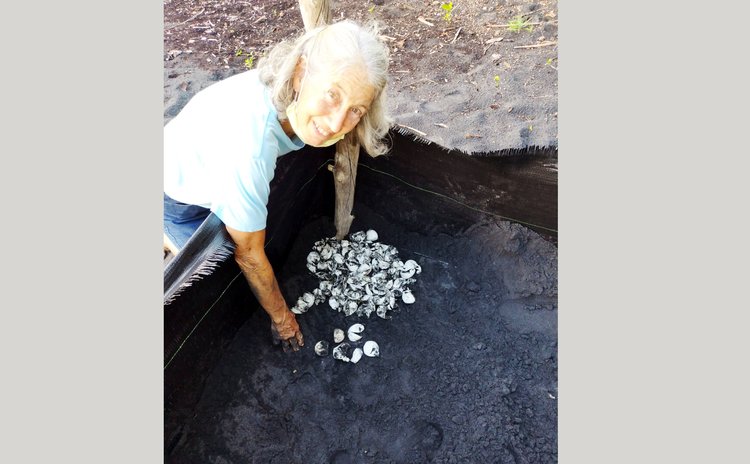 Judith Joyce, affectionately known as Judy, has spent several years in Dominica raising awareness about saving the country's endangered turtle species and admits to The Sun that she never imagined living on an island.

Judy, originally from New Hampshire, USA, first came to Dominica as a Peace Corps Volunteer in October 2008 after hearing many good things about the island from her colleagues.

"They said the water is clear, you get to walk a lot – there are lots of mountains – it's all nature and the people are friendly," Judy said. "They were right on every single count. The minute I arrived and I looked at that river at the Melville Hall Airport. I told my Peace Corps Director 'oh, waw!' and I've said 'oh waw' ever since."

An advocate for education, learning, and sharing knowledge, Judy first worked in Riviere Cyrique. A year later that project ended. She then expressed an interest in working with turtles though she kept true to her passion for education.

"I worked with the Morne Jaune Primary School because they needed an art teacher. I did literacy, 4-H, and computers, I worked there for several years. I also went to Castle Bruce Secondary School and helped with reading and sewing. I stayed with the turtles the whole time too," she said.

Upon her arrival in Dominica, Judy called it home, doing whatever she could to extend her stay here. "I renewed my contract with the Peace Corps every year for five years," Judy said. "Then I couldn't do Peace Corps anymore so I moved to Jungle Bay, and was hired right off. I stayed there until Erika and then I came to the Rosalie Resort."

Currently, Judy is the activities director at Rosalie Bay Resort and works with the National Employment Programme (NEP) cleaning the trail for the turtles. Additionally, she is part of the Nature Enhancement Team (NET) as an administrator.

Her work with the turtles began when she met Simon George – who started the nonprofit organization for turtles - and she helped write a grant proposal for a disaster shelter. In writing for the shelter, they also reported on the turtles, and according to Judy "that was it".

Judy's fascination with and commitment to the turtles is evident in how she speaks about them. She revealed that her admiration for the animals grew over time.

A firm believer in the value of education, Judy admits one of the biggest adjustments moving here was the lack of mentors, fully equipped libraries, and limited learning tools. However, over her 14 years in Dominica, she has observed the push towards improvements in education, which she is grateful for.

She is extremely content with the pace and richness of life in Dominica as, in the United States, one has to work much longer hours and goods and services are very expensive.

"We have it so good here, fresh food, family, friends, you have your religion/faith that you don't have to be embarrassed about," she said. "When I got to Dominica it was like I found the simple life I had been striving for my whole life."

Judy remains dedicated to protecting the turtle species on the island and encourages others to do the same as global trends show these fascinating reptiles are in a fight for their lives.

"God gave us a beautiful world to live in and on so many different levels we are ruining it," Judy said. "We have seen a major decline in turtles over the years. We are part of a global nonprofit organization and keep all our data. We all turn in our records so we know what is happening."