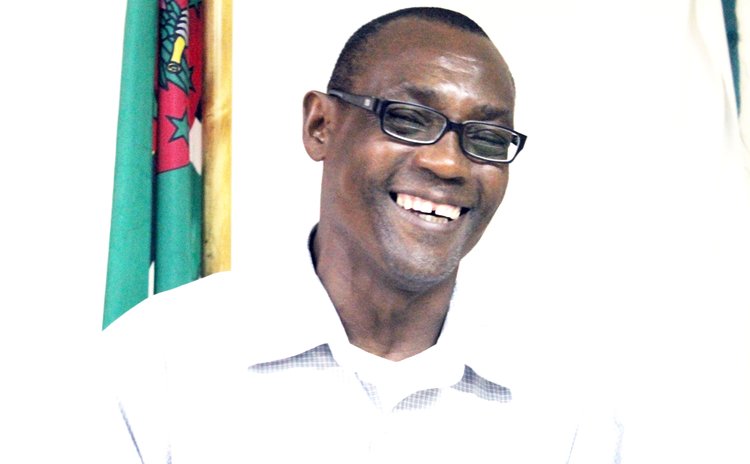 The year 1991 was very important for basketball internationally, being the centenary of the 'invention' of the sport. On the local scene there was much to talk about outside of the national league. In terms of participating in basketball tournaments, firstly Cardinals won the 5th OECS Champion-of-Champions Tournament which returned to Dominica. Secondly, Cardinals and Harks represented Dominica in the 2nd edition of a Regional Basketball Club Tournament in Grenada. Thirdly, Hoopers of Pointe Michel, a Division II team in the DABA national league, participated in a 5-day tournament in Martinique.

At the community level, we saw 'Off-season' leagues being staged in several basketball centres. Portsmouth held the inaugural edition of their league; over in Kòkòy country, we were entertained by the 2nd Marigot/Wesley Basketball League; Castle Bruce hosted the Eastern Rural Basketball Invitational Tournament; whilst Fond Colé's Basketball League was successfully staged.

According to Ron and Patrick, the main objectives of the REBOC League were "To ensure that rural teams in the eastern district who were often weaker, poorly organized and far from Roseau got maximum exposure and opportunity to compete; and (ii) to expand the players' basketball skills and gain the benefits of being engaged in sporting activity in a community setting where villagers could attend, appreciate, interact and enjoy the games."

Other objectives were (iv) "To expand basketball in the rural areas; (v) to bring youth together for positive interaction through sports; and (vi) to strengthen the links between the participating communities".

For the opening of the 1991 League the awards were relatively equitably distributed. Marigot won the Ball-o-rama; Wesley's Garvin James won the Free-Throw Shooting Contest; Marigot's Moses Williams emerged Three-Point Shooting Contest winner, whilst the Slam Dunk Contest "which generated quite a bit of excitement among both players and spectators" was won by McPherson Ferrol of Paix Bouche.

Come 1992 Woodford Hill, who lost their entire quota of six games in 1991, withdrew from the League whilst CATS from Atkinson were ushered into that competition. That year, Delices captured the league championship, Paix Bouche emerged runners-up, CATS was adjudged Most Disciplined Team, with Marigot retaining the Ball-o-rama championship.

Also on REBOC's cards that year, as part of the opening activities, North-East All-Stars defeated South-East All Stars by a score of 59-46 in a keenly contested encounter.

REBOC had announced plans to expand their League in 1993 to include Bense and Vieille Case teams respectively but, for various reasons that expansion never materialised.

The Committee had also selected a REBOC All-East Team with the intention of engaging Division I teams of the Dominica Amateur Basketball Association. Patrick Henderson was named head coach of the 12-man team which comprised players from Castle Bruce (3 players), Delices (1), La Plaine (1), Marigot (2), Paix Bouche (2) and Wesley (3). Unfortunately, that All-East team never made it to the 'Big League in town'.

However, a REBOC Representative Team undertook a weekend tour to Marie Galante in 1993, venturing out from Anse de Mai, excitingly, in two fishing boats to the nearby French Territory.

REBOC's League competitions had two sponsors. In 1991 and 1992 the Small Projects Assistance Team (SPAT) was the sole or part benefactor. Then COURTS (Dominica Ltd.) threw out the lifeline and sponsored the 1993 League.

Remarks: The question has been posed occasionally as to whether Dominica's basketball will ever see another REBOC-style initiative on our courts. This is quite possible but will require dedicated leadership like the 1990s REBOC.

Jump Ball wishes to thank Patrick Henderson and Ron Green for their contributions. Statistical information was obtained from archived editions of The Chronicle newspaper.