June is not too soon

Sir Dennis Byron, the one-man commission on electoral reform is to report by mid-2021 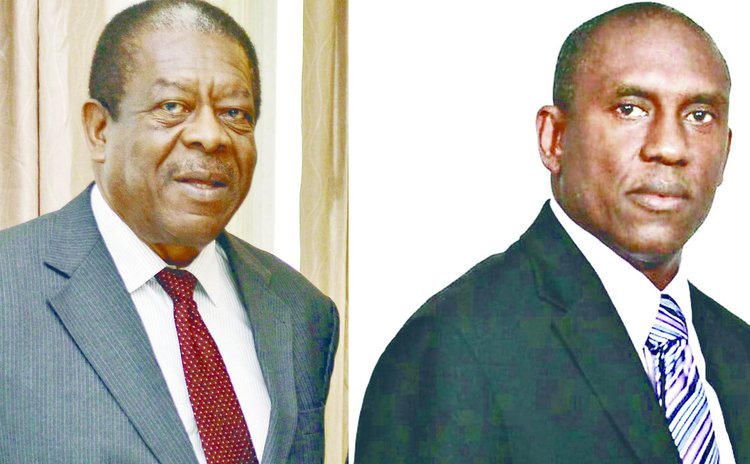 Government is likely to have a report and recommendations on the way forward for electoral reform here by the middle of the year.

Sir Dennis, the former Caribbean Court of Justice (CCJ) president who has been contracted as sole commissioner to undertake the process, is expected to complete his mission by then, according to Duncan Stowe, the local attorney who heads the electoral commission.

"I think they are gunning for May/June for submission," Stowe told The Sun.

The process, which was originally due to commence in March, 2020, finally got off the ground on 1 February, with over 35 organisations, including political parties, recognised civic groups and non-governmental organisations, invited to make written submissions by Thursday, 11 February.

" Over the past several weeks, Sir Dennis and the Dominica Electoral Commission have been collaborating in preparation for consultation with the various groups and the general public on the reform process," stated the commission in a release late last month.

Following the 11 February deadline, the commission will post a link to the same questions on its website, providing the general public with its first opportunity to participate in the process. And in an attempt to eliminate any fears of government intervention, Stowe made it clear that only the commissioner will receive the online submissions.

The prime minister, Roosevelt Skerrit, had initially announced that Sir Dennis would visit Dominica in March last year on an "information gathering exercise and once he comes into Dominica, he will be exposed to all the relevant stakeholders including the media."

The onset of COVID-19, which led to the closure of borders, forced a change of plans, and the start of the process was rescheduled to 1 September with and end date of December. However, The Sun was told that the eminent jurist refused to begin unless the electoral commission was properly constituted.

The original plan called for a series of town hall meetings with the public, but with COVID-19 still a serious concern, the general public will engage the consultants through a series radio call-in programmes.

"We'll definitely have a radio station link with all the radio stations in Dominica linked at the same time [with the public] posing questions to Sir Dennis," Stowe reiterated to The Sun.

The former CCJ head will "review among other things electoral laws, draft electoral amendment bills and submissions, written and oral, and conduct research if necessary or required," the commission said in its release.

"One of the specific objectives with which he has been assigned, is to review and advise on the provisions for eligibility to vote, including the use of identification cards for the purpose of voting and whether the law ought to also provide for other or additional methods of identification," it said.