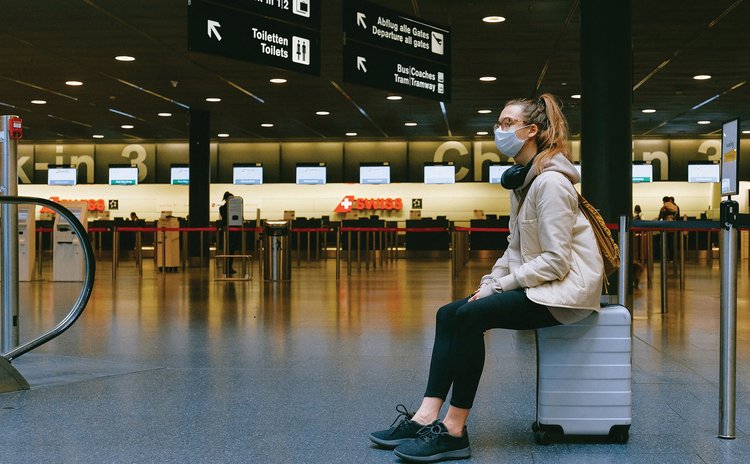 The recent announcement by Fort Young Hotel that it was laying off some 70 workers is a stark reminder of how cruel COVID-19 has been, and continues to be, to Caribbean economies, and, more so, the travel and tourism sector.

Having held on as long as it possible could, and with no clear end in sight to the ongoing crisis, the hotel had to take the "very difficult" decision to send home most of its staff, said the chairman, Gregor Nassief. The few who remain are taking a 50 per cent to 70 per cent cut in their wages, according to Nassief, who is giving up his entire pay cheque.

While Dominica was late in shutting its borders, many of its Caribbean neighbours, including those that feed it with connecting flights, had done so by mid March. This has led to a virtual end to any tourism activity, resulting in cities across the region turning into ghost towns and near empty hotel rooms.

During a recent podcast, COVID-19: The Unwanted Visitor (www.anchor.fm/onecaribbean) hosted by the Barbados-based Caribbean Tourism Organization (CTO), the US research company that provides market data on the global hotel industry, STR, said hotel occupancy in the Caribbean had fallen to 5.8 per cent and revenue was down over 80 per cent. The majority of those still found at hotels were either emergency workers or tourists who had been stranded and awaiting repatriation flights.

The aviation sector has fared no better, with Peter Cerda, the regional vice president for the Americas at the International Air Transport Association telling the CTO podcast that travel was in a "free fall" and the situation with airlines, including Caribbean carriers, was "as bad as one could expect".

Cerda said should the crisis continue through to the end of June, the Caribbean could face US$6.5 billion in losses from travel and tourism, with 350,000 jobs at risk.

In fact, Neil Walters, the CTO's acting secretary general, said COVID-19 could push Caribbean tourism back by a quarter of a century.

"A preliminary projection for 2020 of a minimum 50 per cent reduction in regional stayover arrivals would take the Caribbean back to 1995/1996 levels, a reversal of 25 years of growth," Walters told a recent CTO webinar.

After a record year for regional tourism in 2019, during which there were 31.5 million stayover visitors – Dominica rebounded strongly from Hurricane Maria with 51.7 per cent growth over 2018 – first quarter numbers in 2020 had fallen by an estimated 15.4 per cent, with the numbers for March down 39.7 per cent, when compared to the same month last year. And things got worse from there since most Caribbean airports began closing round the middle of March. "While revenues from tourism are not in a linear relationship to arrivals, we can extrapolate that a significant reduction in tourism activity will lead to a significant reduction in tourism receipts," Walters said.

It's this reality, coupled with pressure from hotels and airlines that drives regional governments to reopen their airports to international traffic. Antigua and Barbuda and St. Lucia, both of which are members of the Caribbean Community (CARICOM), along with Aruba and the United States Virgin Islands, have said they will lift the travel restrictions from 1 June, with the first flights to Antigua expected on 4 June, and St. Lucia on 7 June. Both have said they will receive tourists from the US only for the time being.

It's a highly controversial decision because the US, with 1.82 million COVID-19 cases and over 106,000 deaths at the time of writing, is by far the worst affected country in the world. New York, with over 360,000 cases and 23,282 deaths is the Caribbean's premier market.

This leads some analysts to fear that these two countries - which along with the remaining members of CARICOM and the British territories in the Caribbean have managed to contain the virus, according to University of the West Indies researchers - risk further importation of the virus, like they did when they failed to close their international borders before the first cases were imported. This, the analysts suggest, could further hurt the economy.

The Caribbean Public Health Agency, which was mandated by regional heads of government to develop a regional health policy to guide member states through and after COVID19, has presented the governments with a series of criteria that they should meet before reopening borders. Among these is adherence to the six guidelines by the World Health Organization for lifting restrictions. One such guideline speaks of the need to manage the risk of importing cases "through an analysis of the likely origin and routes of importations", urging that measures be put in place to rapidly detect and manage suspected cases among travellers, including the capacity to quarantine.

However, Antigua has said it has no plans to quarantine tourists, although one government source has said they expect some 75 per cent of those aboard the first flights to be returning nationals.

Meantime, unlike the two CARICOM countries, Greece, which plans to reopen its borders on 15 June to visitors from 29 countries, did not include the US or the United Kingdom – the second country from which Antigua expects tourists soon – because neither of these countries has been able to contain the virus.