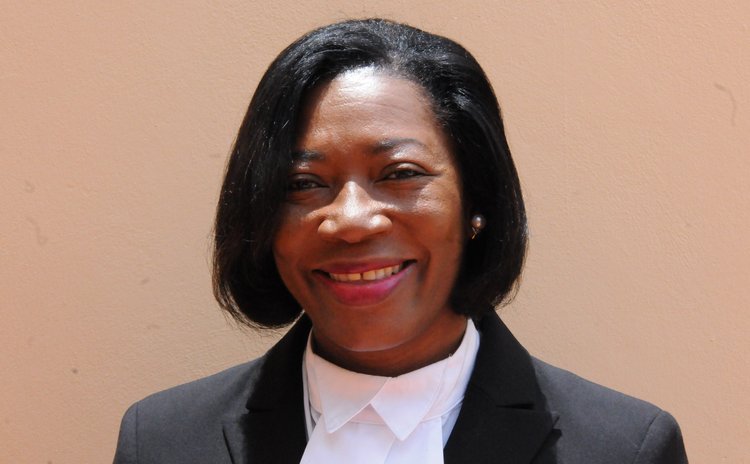 As Dominica's court system slowly recovers from the devastation of Hurricane Maria, resident criminal Judge Justice Victoria Charles-Clarke who was assigned to Dominica before Maria has, as of February 28, 2018 been re-assigned to St. Kitts & Nevis.

Meanwhile, officials of the court say they believe that Government is ignoring the court system and their clients are being affected as a result. Since, Maria the courts in Roseau in particular have not been fully functional.

In an interview with the SUN newspaper the lawyers who spoke on conditions of anonymity said that Government can do much more to get the court system up and running.

"They had asked for the use of the Parliament building for use in September 2017 and were told to use the State House," a lawyer said.

"You have to also remember that you have the executive and legislative arm of the State and while the civil court can be housed at the Parliament building the criminal court is a totally different ball game all together. Remember criminals have to be on trial and you have to ensure that they are properly guarded."

Another issue is suitable chambers for the Judge if sittings are held in the Parliament building.

"This is a major question and I don't think that the Parliament building is the right place for the civil or criminal court," a lawyer said.

"As a lawyer, I must say that I have been very disappointed in the government as they have shown a lack of interest in the judiciary. Hurricane Maria was since September 2017 the building which houses the court has been destroyed but I cannot comprehend why is the government taking so long to repair the building. We have molds in the Law Library staffs of the Registry have been complaining of feeling unwell as a result of the molds in the building and the Environmental Health Department has issued a "damning report on the Registry," a lawyer told the SUN. "That court building ought to have been fully covered long time ago. I can tell you that the Registrar Ossie Walsh and his entire staff are trying their very best with little or no help from the Government. They are over burdened with work under trying circumstances and with little or no resources," a lawyer said.

He added: "There are people at the State's Prison awaiting trail, some are on remand waiting for their day in court when that day comes. I can tell you that we will be filing lawsuits against the state very soon…this just cannot be justice, the entire system is broken down."

Meantime, repair work is on-going at the Registry and the courts in Roseau so that the Court buildings can be ready for resumption of the court but May 2018.

When contacted for his comments on the latest development at the court, Registrar Ossie Walsh said: "I have no comments" and refereed us to Minister of National Security, Rayburn Blackmore. Asked when the criminal court will resume its operations Walsh again said "no comments".