Kathleen Jno Baptiste Cornelius is: The Sun's 2015 Person of the Year 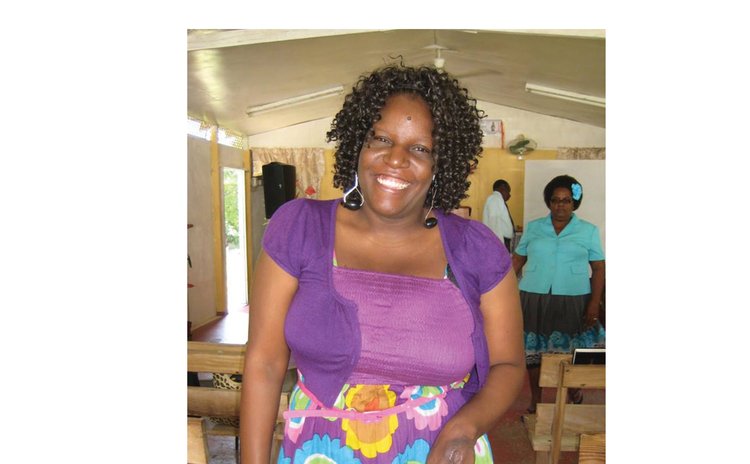 Cancer. No disease is more frightening; no disease takes such a devastating toll on a patient's physical, emotional and financial wellbeing; no disease makes a victim literally fight for her life. And if she survives cancer, she becomes stronger, her strength gives others hope, her shoulders broaden as others lean on. There's, after all, strength in numbers- and the numbers are growing.

That's the story of Kathleen Jno Baptiste Cornelius, the president of the Dominica Cancer Society (DCS). A group of cancer patients and their friends formed the DCS 24 years ago to provide emotional and financial support to Dominica's cancer patients.

In 2009 Kathleen Cornelius was diagnosed with an invasive carcinoma breast cancer, says the DCS website.

"After, experiencing the many difficulties and hardships of treatment, and having firsthand knowledge which was experienced by patients during treatment, has led her to become an advocate for cancer patients," the DCS says.

"Cancer puts you to the test and it also brings out the best in you," Cornelius says.

That test motivated Cornelius to establish the Roseau Cancer Support Group which provides a forum and support for cancer patients and survivors. Additionally, in 2011 she served as the Public Relations Officer for the DCS and was elected president in 2013, 2014 and 2015. Since then Cornelius has battled the cancer epidemic along with equally motivated soldiers of the DSC but apparently the battle has just began.

Cancer is increasing at an alarming pace.

But what makes cancer such a devastating disease is the high cost of treatment and that cost is mountain that the poor especially find hard to climb.

The problem is complicated by the fact that there is no full-time resident oncologist and treatment options are limited to chemotherapy. So anyone diagnosed with the disease must seek treatment abroad, mostly in Barbados, Guyana or Trinidad.

"Some people who have their own savings, they run out of it very quickly. . . what you thought was a nice next egg, you go through it (in a hurry) and you run out," Cuffy-Weekes said.

So apart from literally begging for financial assistance to help the growing number of cancer patients around the island, Cornelius and the DCS have been major advocates for the establishment of a national health insurance scheme because fund-raising will always be inadequate.

Through her advocacy and enthusiasm for the cause of poor cancer patients, Cornelius and the DCS have brought the high cost of medical care as well as the growing menace of cancers in Dominica into sharp public focus.

For these reasons the Sun has selected Cornelius as its 2015 Person-of- the-Year.