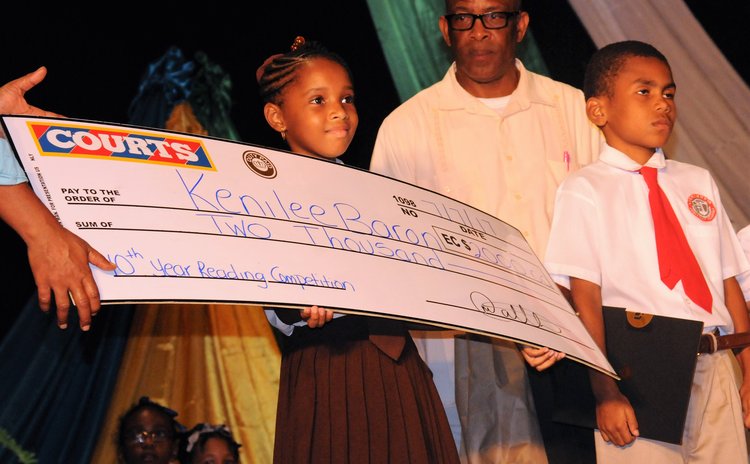 Kenilee Baron of the St. John's Primary reads well; she also seems to have an unusually firm command of the English language. Just listen to the eight-year-old.

After placing first in the finals of the Dominica Broadcasting Service (DBS) and Courts 2017 National Reading Competition last evening at the Arawak House of Culture, a reporter asked Kenilee how she felt.

"I feel good and it was an exhilarating experience to be able to win the competition for my school for the first time," she said, enunciating each syllable correctly. "What I would say is that hard-work-pays-off."

Glenda Smith-Baron, Kenilee Mom, expected that level of performance from her daughter because "she loves to play; she believes life is a big playground and she loves to read."

The other winners of the competition were: Noah Sorhaindo of the Pioneer Preparatory School and Joshuah Burkhard of the Light House Academy (joint second place) and Khobie Darroux of the Convent Preparatory School.