Kidnapper Gets Nine Years in Jail 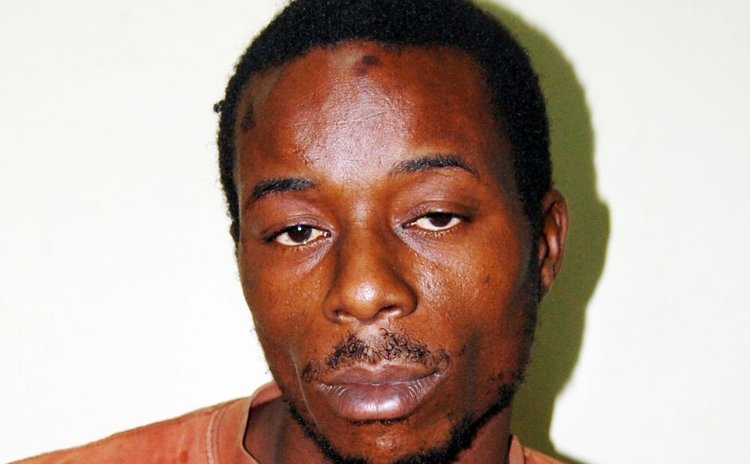 Resident judge Justice Birnie Stephenson sentenced kidnapper/rapist Webster Edmond, 33, of Layou to a maximum 12 years in prison when he appeared for sentencing at the Roseau High Court on Friday March 15, 2013. Edmond's charges were kidnapping a 15-year old girl to a secret place and confined against her will on Thursday February 17, 2011; unlawful sexual intercourse between February 17, 2011 to March 28, 2011 and possession of ammunition and a shotgun.

Edmond pleaded guilty to kidnapping the 14-year old schoolgirl when she was on her way to school in the Layou area on Monday February 4, 2013 after the first witness; the virtual complainant gave the evidence of her harrowing experience before a jury of eight women and one man. Edmond's lawyer, Peter Alleyne, had the six charges put before the accused. He pleaded to four of the charges with the Director of Public Prosecutions, Gene Pestaina, withdrawing the other two of abduction and indecent assault.

Edmond will serve a prison term of eight years nine months which begins from September 6, 2012 when he completed serving of a two-year sentence for firearm related offences summarily dealt with in a Magistrate's Court.

According to evidence before the court, Edmond kidnapped the schoolgirl on Thursday February 17, 2011 while she was on her way to school having left her home at 6:30am.

The prisoner carried the girl across the Layou River and up a mountain into wilderness conditions. He kept the girl for 40 days and 40 nights in the wilds while the police searched, appeals made, reward offered before he was caught in a police stake out during the evening of March 28, 2011. He led the police to the place he had the schoolgirl captive underneath an old tarpaulin.

The police took the girl to Police Headquarters in Roseau, then to the Princess Margaret Hospital and later to the Acute Psychiatric Unit where she spent some time. She still has nightmares of the experience.

Justice Stephenson noted that up to the moment of sentencing, the accused had shown no remorse for his actions, remained in denial as to his responsibility in the matter, and seemed more concerned with his liberty than to what he had done. The judge added that he was also no stranger to law enforcement.

"I am of the view that this is a very serious offence, an offence that should carry a sentence of length for the offender," she said.

Edmond received four years for the ammunition and firearm possession reduced by 20% to three years two months to run concurrently with the preceding eight years nine months. The sentences took effect from September 6, 2012.