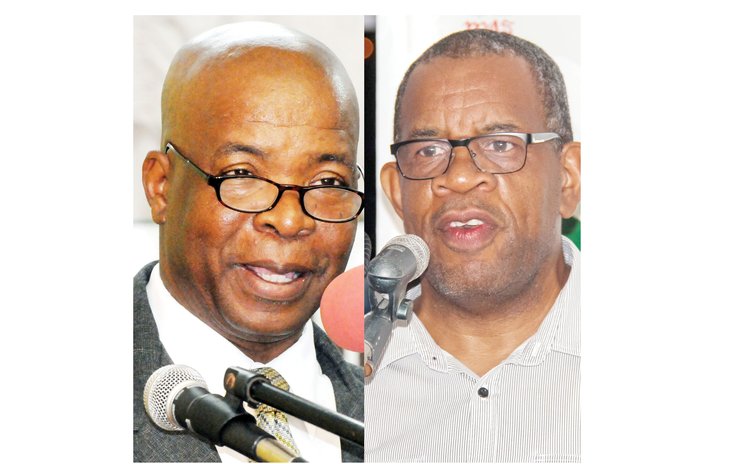 A war of words between the Dominica Air & Seaport Authority (DASPA) and the Dominica Public Service Union (DPSU), the union representing unionized staff at DASPA, may worsen into some form of industrial dispute.

The issues are drugs tests ordered by the DASPA and the refusal of the port authority to provide housing accommodation for staff transferred to Portsmouth.

According to Thomas Letang, the DPSU General Secretary, DASPA staff informed DPSU that Benoit Bardouille, the DASP chief executive officer, suddenly one morning collected a few staff members, did not say anything to them and then took them to the La Falaise laboratory where they gave a blood sample which was then tested for cocaine, alcohol and marijuana. Some tested positive for cannabis but negative for cocaine. Letang says DASPA's action was "illegal".

"I spoke to Bardouille after I got a call from the staff about the matter and also instructed them to not go on any drugs testing. While the collective agreement speaks about taking of substances, there has to be a cause. People cannot come to work and under normal circumstance you pick on them. It's clearly a case of kidnapping. You just take people and bring them to La Falaise and make them give blood samples for drugs and alcohol, this is wrong and illegal," Letang said.

"This cannot be right; we have been in contact with our lawyers as we will decide on the way forward," he added.

Letang said some of the tests were positive and subsequently a few of the staff have been summoned to a disciplinary hearing which was scheduled for September 5, 2016.

"As a union when people are written to, to attend a disciplinary hearing, we make ourselves available to represent the member at the hearing. In that case, we have written to the CEO asking him to postpone the hearing and we have also gotten in contact with the members asking them not to attend any disciplinary hearing since we have requested a postponement. This postponement will give us more time to seek legal advice on the matter on a way forward," he said.

He continued: "Our position is also that we are going to pursue this matter very far. This is the first time we have ever experienced that and we have spoken to several lawyers and they have said to us that such action by the CEO of DASP is wrong. You just cannot go about taking (staff) for blood testing for drugs and alcohol. You must have a cause and you have also to seek and obtain the persons consent in the matter. Do we have a law in Dominica which states you can't have a certain level of alcohol in your system…the answer is no. What laws are you going to quote…our position is that this is just, wrong, wrong, wrong"?

Letang also chastised the DASPA CEO for transferring staff to Portsmouth and refusing to give them housing accommodation as is being done in Marigot. Letang said that while staff members understand they are subject to transfers and have no issues with it, they are concerned that it is done in a punitive manner and not in compliance with the trade union bargaining agreement."

Responding to Letang's comments, Bardouille advised DPSU to "act responsibly and not overly expose their members to difficult situations especially when it deals with the issue of illicit substances whilst on duty."

Bardouille added that it is an employee's responsibility to adhere strictly to safety and maintenance regulations.

On the issue of the transfers, Bardouille asked DPSU to read the collective bargaining agreement "carefully over" and see if DASPA had violated it.