Younger generation deserves to be on frontline, says Juan Carlos on abdication 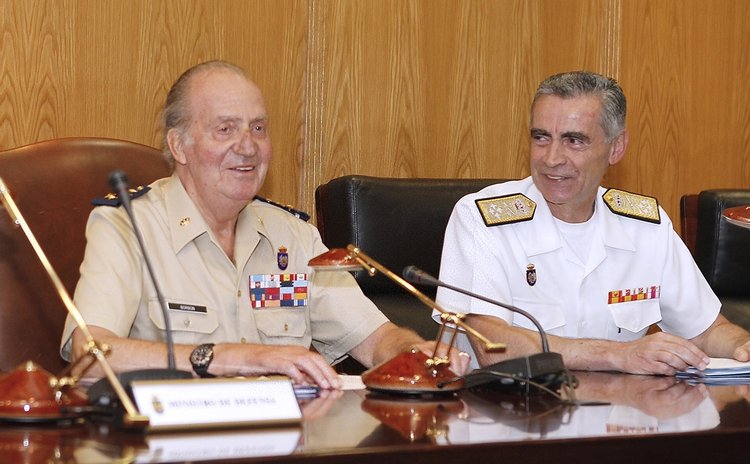 MADRID, June 2 (Xinhua/Sun) -- King Juan Carlos of Spain abdicated from his position as head of state on Monday, becoming the seventh Spanish monarch in history to voluntarily give up his position.

The 76-year-old king will make way for his son Felipe to become King Felipe VI.

In a television broadcast to the nation, Juan Carlos said in the light of the ongoing economic crisis, he believed the time had come for change and for a younger man to replace him on the throne.

"These difficult years have allowed us to make a balance of our errors and limits as a society," said Juan Carlos.

"They have also reawaken the conscience that we have known and know what to do and that we are a great nation. This has sparked an impulse to renew and to overcome, to correct errors and open the way to a better future," he added.

"Today a younger generation deserves to be on the frontline, with new energy and determination carry out the transformation and reforms which the current situation needs and to face the new challenges of tomorrow with new energy," he continued, adding that he had been considering his position for several months.

"When I reached my 76th birthday in January, I considered that the moment had come to prepare for the changeover to open the door for those who are in the best possible condition to ensure stability," he said, praising his 46-year-old son, who he said had the "maturity and sense of responsibility to become head of state with full guarantees."

"I want the best for Spain, I have dedicated my entire life to my country and I have given all of my capacity, hope and work to its service," said Juan Carlos.

Juan Carlos' decision was announced by Prime Minister Mariano Rajoy, who called a press conference at short notice to make an "institutional declaration." He said: "His majesty the King Juan Carlos has just told me his will to renounce the thrown and to open the succession process."

At the same time Rajoy spoke, the Spanish royal household posted a photo on twitter showing King Juan Carlos signing the paper which saw him officially renounce the throne.

"I want to say that I have found the king convinced that this is the best moment for this change in the head of state and the transfer of the crown to the Prince of Asturias to happen," said Rajoy.

"I will call an emergency cabinet meeting Tuesday with the aim of completing the constitutional previsions," he added.

The 76-year-old monarch was named as king of Spain on Nov. 22, 1975, two days after the death of General Franco, who had nominated him as his successor.

Along with the recently deceased Adolfo Suarez, the king embarked on a process of bringing democracy to Spain and was a key figure in the failed military coup of Feb. 23, 1981 when he made a television broadcast asking for the unanimous support of the democratic government.

However, the king's popularity declined in recent years. Juan Carlos was heavily criticized for extravagant vacations while his country was suffering the economic crisis. He also suffered a series of health issues, such as a benign tumor which he had removed and a broken hip, which he suffered in April 2012 while elephant hunting in Botswana.

The monarch later took the unprecedented step of apologizing to the nation, although that did little to save his popularity from falling.

Meanwhile, corruption charges against his son-in-law Inaki Urdangarin and his youngest daughter Cristiana further eroded the image of the monarchy whose popularity has fallen to its lowest post-democracy levels.

Felipe is the most popular figure in the royal family and his ascension to the throne could raise the popularity of the monarchy in a country where cynicism at the nation's leaders has grown considerably in recent years.