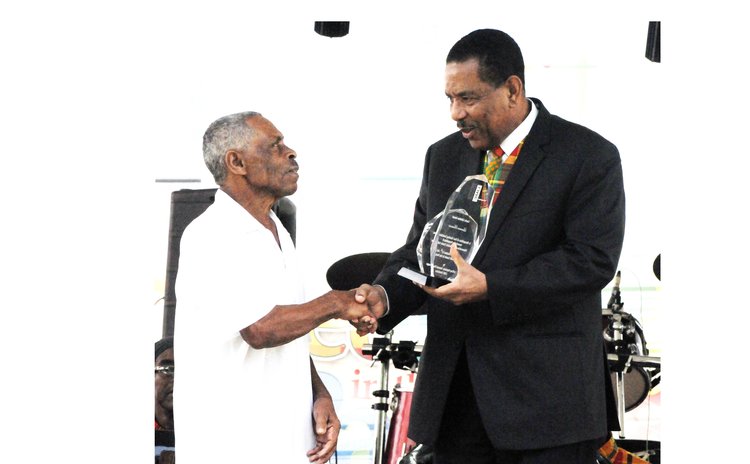 That is how Lawrence Brumant, Dominica's "King of Konté" always began a story. And the audience invariably responded with an enthusiastic "Qwak!" knowing that they were in for a treat.

But this story is not a Konté, it's the real thing.

Brumant, 77, has died at the Portsmouth Hospital from cancer.

Over decades, Brumant made a significant contribution to the art form of story-telling in creole, known locally as Konté. He produced many albums and represented Dominica overseas for cultural performances with the Paix Bouche Cultural Group. He was also a member of the village council for many years.

"Many members of the community are saying 'wow… he died even in his season', that he loved very much, the independence season," Parliamentary Representative Rosalind Paul told DBS radio. "I don't think anybody matched up to his creativity and delivery in terms of storytelling."

In October 2013 Brumant received the "LIME Lifetime award" from His Excellency the President of Dominica, Charles Savarin.

Brumant, who is from Vieille Case but made Paix Bouche his home, for many years thrilled Dominica with Konté stories winning several Independence celebration awards, including the Golden Drum Award, Dominica's highest award for culture.

"I have sad news that I wish I did not have to announce but it is sad that independence stalwart, King of Konté, Lawrence Brumant died just after midnight today," Lawrence said.