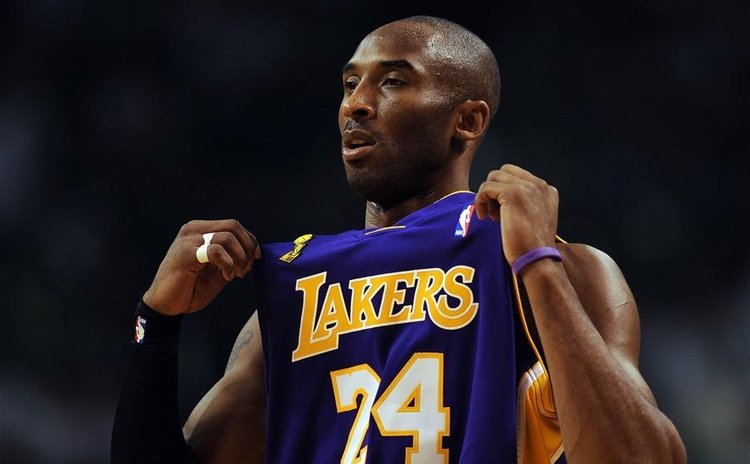 LOS ANGELES, April 13 (Xinhua) -- It's time to say goodbye, to his teammates, to his rivals, and to his beloved fans.

For Kobe Bryant, 20-year NBA career finally closed its door. You cannot expect more from a 37-year-old veteran than 60 points in his final game, and more importantly, a win that he cherished the most as an innate winner.

"Man, I can't believe how fast 20 years went by, this is crazy," Bryant said to the crowd after the victory.

With five rings, two Finals MVPs, third all-time leading scorers, 18-time All-star appearances, Bryant retired from the world's elite league with his unchanged love for basketball. He finished with 60 points on 22 of 50 shooting as Lakers erased a 15-point deficit to beat the Utah Jazz 101-96 here on Wednesday.

"My mind can handle the grind. But my body knows it's time to say goodbye." he released the news via a letter-poem on The Players' Tribune.

From then on, every road game that Bryant participated in was a Farewell Tour. Standing ovation, "Kobe" chant, is no strange in every place that he visited after the announcement.

Bryant began his NBA journey in 1996, when he was drafted by the Charlotte Hornets (current New Orleans Pelicans) with the No. 13 pick, before being traded to the Lakers for center Vlade Divac.

"I grew up a die-hard Laker fan. So to be drafted and traded here and spend 20 years here, you can't write something better than this," said Bryant.

In his rookie season, Bryant showed his athletic ability to the world as he became the youngest Slam Dunk champion. More glories came to Bryant in the next few seasons. From 2000 to 2002, he and Shaquille O'Neal led the Lakers to three consecutive championships.

The duo, along with veterans Karl Malone and Gary Payton, formed the "Fantastic Four" before the 2003-04 season, while experiencing a disappointing season as the team lost to the Detroit Pistons in the Finals. After O'Neal left in off-season, Bryant became the team's corner-stone, handing a 81-point performance in a game against the Toronto Raptors in 2006, second highest in a single game in NBA history.

In 2008, Bryant got a brilliant partner, Pau Gasol, while tasting another bitter loss in the Finals against the Boston Celtics, before he steered the team to two consecutive titles, and two Finals MVPs for himself, in 2009 and 2010.

However, serious injuries began to bother Bryant late in his career, which sidelined him 123 games in two seasons from 2013 to 2015. For Lakers' young guys, team rebuilding is still a long way to go after Bryant's retirement.

In his final season, Lakers (17-65) sat bottom in the Western Conference and failed to advance into the playoffs. Bryant finally kept himself away from NBA spotlight with 33,643 points in total.

"No words can describe how I feel about you guys, thank you, thank you from the bottom of my heart. What can I say? Mamba out."

Bryant was also the winner in international competitions, as he claimed two gold medals with the USA men's basketball team, named "Dream Team", in 2008 and 2012 Olympic Games.

What will Bryant do after retirement? The future of "Black Mamba" has been a curiosity to many fans. But one thing is sure, the love for basketball will accompany him for the rest of his life.

As what he wrote in the poem, "And I'll always love you for it."